Packing more displacement under the hood and more rubber to meet the road than its more commonly-seen MGB counterparts, this 1968 MG MGC is a lot of fun to drive. A sports car in the classic British tradition, it's undergone a thorough restoration with only 585 miles put on it since it was completed, comes with more documentation than we've ever seen for a British sportscar to back it up, yet has been left in its original configuration and stands ready to provide its next owner with miles and miles of open air motoring enjoyment.
MG gained a foothold in the British and American car markets by creating a more dependable sports car capable of relatively complaint free daily driving and, while there's no doubt that all of their offerings were good-looking cars, if you take a little closer look at this one you'll see some external cues indicating that this MGC is a cut above the norm. The distinctive contours on and around the perimeter of the hood indicate a more powerful engine sits underneath, and the wheels are larger than what you're normally accustomed to seeing. The impressive appearance you see here came via an extensive restoration that saw the entire body stripped down and disassembled before being repainted in British Racing Green, its original color. At the same time, all the rubber on the car was replaced, with the same being done to any chrome parts that couldn't be brought back to top notch condition otherwise. The reassembly was done with obvious care as, despite its 52 years of life, all the body panels fit together exceedingly well, and the doors open and close smoothly. Although MGs are synonymous with open air motoring, when conditions call for some protection from the elements, the black convertible top is in great condition, and lifts into place without any issue.
The black leather interior has received the same extensive attention responsible for bringing the exterior its stellar look. The bucket seats were rebuilt from scratch, the door panels have been replaced entirely and an expanse of new black carpeting runs underneath the seats. In contrast to so many convertibles, especially those with black upholstery, a fresh and unsplit dash pad sits above the instrument cluster, which itself bears a set of original Smiths gauges that are still easily readable. One of MG's original mandates was to create a sports car comfortable enough that people would actually look forward to driving, even during longer excursions. In that spirit, you'll find a surprising amount of room inside - no need for full-sized drivers to maintain that uncomfortable "knees against elbows" position necessitated by many vintage sports cars. The sporty leather-wrapped steering wheel and matching shift knob are period-correct but not original to the car but are certainly welcomed upgrades, and the MG floor mats are rare pieces that are just as nice as the rest of the interior. Believe me when I tell you, this is a very impressive little car.
Filling that extra clearance created by the contoured hood, the numbers-matching 2912CC inline 6 (2.9L) sits in the engine bay. Outfitted with twin SU carbs with aftermarket pan filters, it provides markedly more power than the more commonly encountered 4-cylinder powerplants normally associated with the MG nameplate. Factor in a 4-speed manual with electric overdrive transmission and you have a droptop classic capable of not only low-revving highway driving, but a top speed in the neighborhood of 120mph as well. Owing to its light weight and a pair of power disc brakes up front, this MGC also comes to a stop in impressively short order when needed. An extensive array of mechanical parts have either been replaced or totally rebuilt to make for dependable motoring, and we have extensive records to prove all the work. And since the restoration was completed in 2010, only 585 miles have been put on the clock while driving this car to and from MG Car club meets and car shows. This British motoring icon sits on a set of 15-inch, 5-Stud wire/72-spoke chrome wheels (the car originally came with painted wires, but we love the upgrade), and they've been outfitted with grippy 195/60/15 Kumho radials to finish off the look.
Looking for some open air, vintage motoring excitement? It's right here in the form of this 1968 MG MGC called "Henry" by the former conscientious owners. Documented with owner's manuals, a stand poster, C-notes, relevant magazines, it's original tool kit, it's original English license plate and a heaping pile of original docs and restoration receipts and photos, we can all but guarantee that this is the nicest MGC on the market today. Call today! 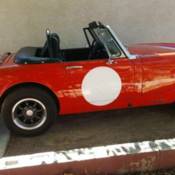 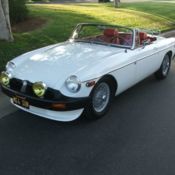 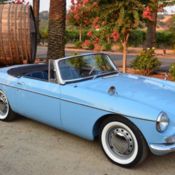 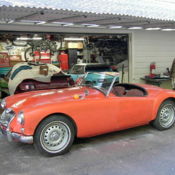 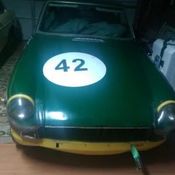 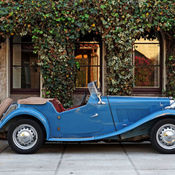 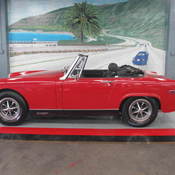 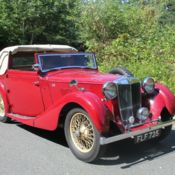 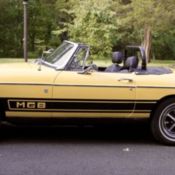 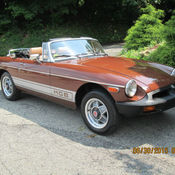