1954 MG TF XPAG 1250. Fun, good looking, good running car, just not as good as it looks in the pictures. Engine starts easily, doesn't smoke, good power, transmission shifts as it should, smooth clutch. Fuel system has been gone through; tank, fuel pump, carburetors. Brake cylinders and shoes are new, as is master cylinder. Carpets and interior panels are good, but seats, although in good shape, have been sprayed with less than ideal results. I will include an unused, never installed Moss Motors biscuit leather/vinyl seat and interior kit, about a $1400 value, to be installed by new owner. Lights, instruments, and horn all work, wipers don't. There is some bubbling in the paint and some rot in the lower tub wood. Doors open and close OK, but to take the car to the next level would require stripping/painting and replacing some of the lower timbers in the tub. There is also a small hole in the top, just near the rear bow. I can't find any rust in the body, but there is some surface rust in the chrome wire wheels. Tires have lots of tread but are at least 30 years old and should be replaced. This would be an easy car to get drivable and enjoy as it is. Service and parts manuals included plus box of miscellaneous parts. Clear CA title in my name. 65 year old car, so I have no clue as to actual mileage.
Addendum: I received an inquiry from a potential bidder asking whether the car is numbers matching. The tag on the engine matches the ID plate on the firewall (see pictures) so I assume so. Pretty amazing, considering these little engines had a hard time keeping up on US highways and many were replaced. I think even Sears offered rebuilt XPAG's. Tried to attach question and answer to listing, but it doesn't seem to have worked.
I'm trying to keep the expectations low here as the car is far from perfect, but one thing I think is exceptional is how it runs; it's noticeably peppier than any T series I've driven. I know, dumb thing to say about a 1250, but it's surprisingly quick for what it is. 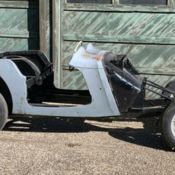 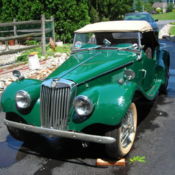 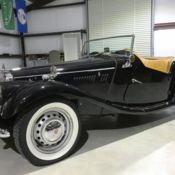 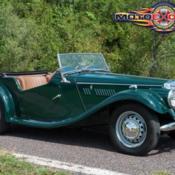 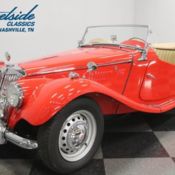 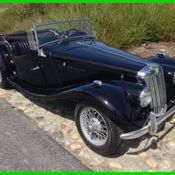 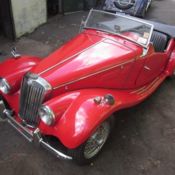 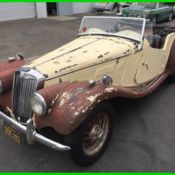 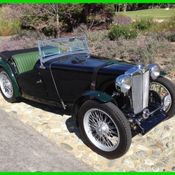 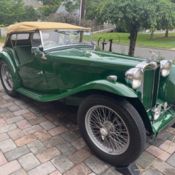