It's about as striking an example of British automobile styling as you're likely to come across. Just one look at this 1955 MG TF will transport you back in time and induce a daydream where you see yourself behind the wheel of this venerable roadster, tooling through the English countryside in open-air splendor. This classic from a bygone era still fires right up and looks sharp, and with a little focused attention, could easily be brought to its original glory. With its gracefully flaring fenders, sloping front grille and lengthy front end, the MG TF picked up where its predecessor the TD, left off, adding a more opulent sense of style in the process. It's a lavish looking car for its era, sporting a nice array of chrome exterior fittings and a full size spare proudly mounted in back, and true to its manufacturer's penchant for equipping its handiwork with a rally-inspired spirit, you'll find a pair of sizable fog lights holding court up front. The black paint was applied several years ago and still offers a convincing shine while turning plenty of heads. More than 60 years of service hasn't shaken anything loose from its exterior - from that distinctive front grille on back, everything still sits securely in place and makes an impressive showing, considering its age. The manual convertible top sitting neatly folded in back is in good condition and ready to be placed into position should you encounter inclement weather. The red vinyl interior remains in its original configuration and gives off a great vintage feel when you're inside. Low backed bucket seats dressed in a tuck and roll pattern greet you as you enter and the door panels to each side still sport storage pockets whose stitching has held together well. Below, the expanse of red carpeting lining the floor is ready for action as it is, sporting a pair of contrasting black floor mats. True to its era, the instrument panel occupies the center of the dash and is in very good condition - the assortment of gauges it carries are surprisingly clear. Like many cars of this vintage that can properly be labeled as "survivors", the passing years have had a bit of an effect on some of the wiring connections, so things like the lights and horn are going to need a little troubleshooting. Raise up the folding halves of the bonnet and you'll spot a 1466 cc four cylinder on display that's obviously seen some attention to bring it to its surprisingly clean state. Its chrome valve cover gleams, its pair of side draft carburetors have been scoured to perfection and the hoses inside the compartment all look fresh. In keeping with its tidy appearance, the engine fires up in short order and runs smooth. It pairs with a 4-speed manual transmission and a new fuel pump and new brake lines have been installed to increase dependability. This rolling piece of automotive history is sure to draw admiring glances as it rolls on its set of spoked wheels outfitted with 6.0-15L tires. A true British sports car, this 1955 MG TF offers a rare opportunity. Call today! 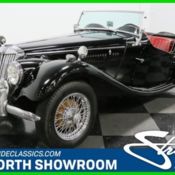 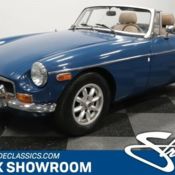 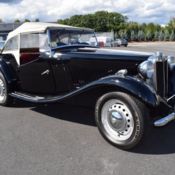 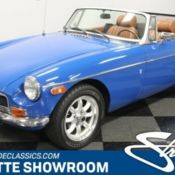 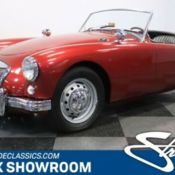 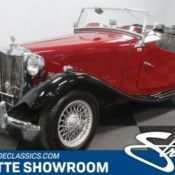 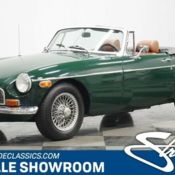 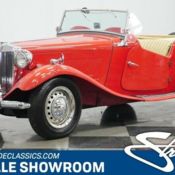 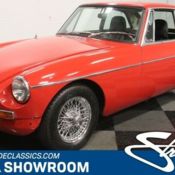 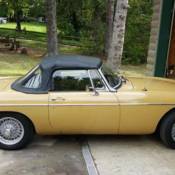