"Imagine Yourself in a Mercury Now." To do that, you'll need to stop by MotoeXotica Classic Cars first, where we are pleased to offer this 1958 Mercury Monterey Two-door Hardtop (VIN code B). This particular example was built October 15, 1957 (code 15K) at Ford's St. Louis, Missouri factory (VIN code Z). It was shipped to the Twin Cities sales region. Its original owner, who lived in White Tail, Montana, purchased the car new from the Erickstein Motor Company in Scobey, Montana on December 1, 1958.

Dressed in Marble White (code 07) over Shadow Rose, (code 87), this car has had one correct repaint in the original shades and the paint and trim are in overall excellent condition. The bodywork is straight, the engine bay is very tidy, the battery is in very good order and the original, unique chrome bumpers are also in excellent order.

This Merc wears Allstate Guardsman wide whitewall tires, size 8.00-14 at all four corners. Each tire rides on a steel wheel topped by factory wheel covers. The tires and wheel covers are all in good order.

Inside, the car has its original interior, except for the new black carpeting. The black and white front and rear bench seats are in overall very good order. The neutral-colored headliner is in spectacular shape while the white, four-spoke steering wheel is in very good condition. The instrument panel is in excellent order, as are the inner door panels. The fuel gauge and horn are inoperable. A factory AM radio rounds out the interior.

The Mercury Monterey is a full-size car model that was introduced by Mercury in 1952. It would later share the same body style with the slightly more upscale Marquis, and the Park Lane and Montclair. The Marquis-Monterey body was built on a longer wheelbase and had a longer body than the Ford LTD, Ford Galaxie, and Ford Custom. During its production the Monterey served as the high-end, mid-range and entry-level full-size Mercury at various times throughout its run.

The full-size Mercury was redesigned for 1957 and grew considerably larger as well, riding on an exclusive 122-inch wheelbase. A new frame design allowed a lower floor which made the car look lower and longer. Interior features included a front seat track stop (to keep the front seat from breaking loose), a new design for the safety steering wheel, a new radio, and memory power front seats. The station wagons were divested from the Monterey series, with the Commuter, Voyager, and Colony Park lines. The 312 Ford Y-block gained 20 horsepower to go with the added weight, and the 290 horsepower 368 CID Lincoln Y-block V-8 became an option. Nineteen fifty-eight brought quad headlamps, as well as an all-new engine: the 383 CID MEL V-8; with it came the Multi-Drive three-speed pushbutton automatic transmission.

This rolling time capsule is certain to impress more than just Ford and Mercury collectors. It harks back to a time when the US Interstate Highway system was new, quad headlights were all the rage and America was involved in the Race for Outer Space. Stop by MotoeXotica Classic Cars today, to take a peek at this big Mercury and just imagine yourself taking it home.

This car is currently located at our facility in St. Louis, Missouri. Current mileage on the odometer shows 86,763 miles. It is sold as is, where is, on a clean and clear, mileage exempt title. GET OUT AND DRIVE!!!

Please Copy & Paste the Link Below to View Our YouTube Video: 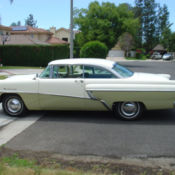 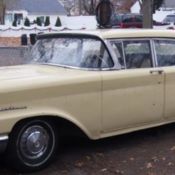 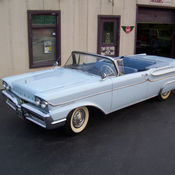 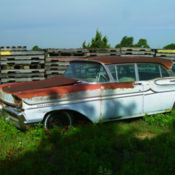 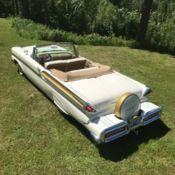 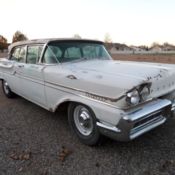 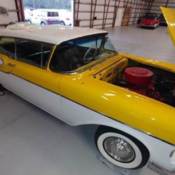 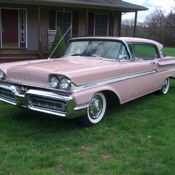 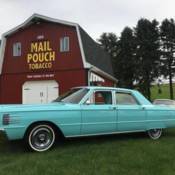 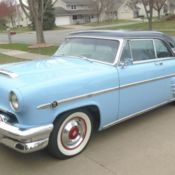