The Montclair was full sized automobile at the top of the premium line, this example is from that inaugural year, 1955. So named for upper class community of Montclair, New Jersey. The most remarkable thing about the car is the "geewhiz" options that embody the 1950's Era- namely the "Automatic Chassis Lubrication System", Super-Torque Merc-O-Matic Drive, Dual Spotlights, and the ever important Continental Kit. One of only 30 left known to exist.

It is trimmed out in beautiful Banner Blue, White Convertible Top, and a Blue and White Tapestry weave nylon interior, even an accessory steering wheel! It is also fully loaded with power options such as Power Steering, Power Brakes, Power Convertible Top, Power Seats, Radio, Dual Exhaust, and Tinted Glass. Many options we take for granted today, were the stuff of vaunted luxury in 1955.

The 2-door convertible was the rarest and most desirable iteration of the Montclair. This example is powered by the top of the line 292CI 4bbl V8 mated to a 3 speed automatic transmission. Weighing in at 3,900 pounds, the Montclair was capable of a top speed of 105mph.

The current owner has had the car for four years, bought it as a fresh, Concours restoration, completed by the previous owner. That gentleman, from Colorado, owned the car for 25 years. He drove and enjoyed the car and it was in tremendous condition prior to the complete rotisserie restoration. Included with the car is a complete photo album of chronicling the endeavor from tear down to completion. 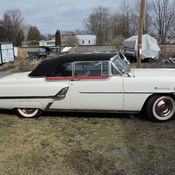 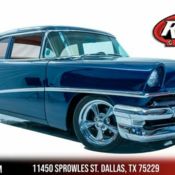 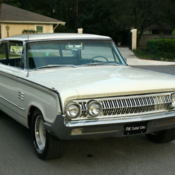 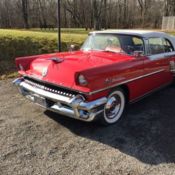 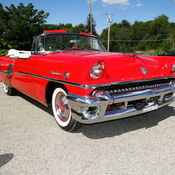 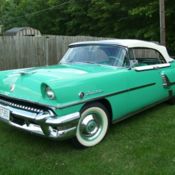 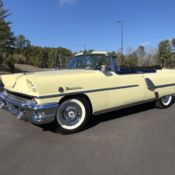 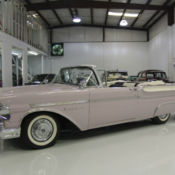 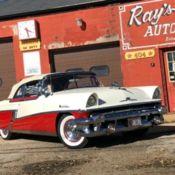 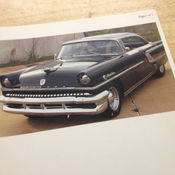