Wonderful example of rare Point of Entry North American Specification Defender 90. I have owned this Defender for the past two years and put put 5,700 miles on it. I hadn't intended to drive it as frequently as I have living in Houston, however the Air Conditioning works unbelievable and it's a lovely car to drive. The mileage is confirmed by the previous owner I purchased it from as well as with my master Land Rover mechanic and guaranteed to be accurate. I have included the bill of sale from the previous owner as well verifying mileage. In the last two years I have spent $16,000 on replacing all hoses, belts, rubber, shocks, bushings, new catalytic converters, and standard service. I will gladly share the service records with any interested bidders. I also replaced the stereo with a heavy duty bluetooth/weather stereo and new speakers as the original paper land rover ones had deteriorated. Included with the vehicle are a new OEM dash trim on the drivers side where the clifford alarm light installed in the 90's had cracked the corner, a transmission tunnel cover and the original Land Rover Mullholand Brothers canvas bag that came with the vehicle new. I did not install them so as to keep the interior as all original parts. All original keys, manual, literature come with it. I also had new land rover keys made for it. The new BFG tires have less than 2500 miles on them and all wheels are absolutely flawless. The original jack and tool kit are included, I installed a hi-lift jack that has not been used as well. The warn winch works as new and the handheld remote is included as well. All accessories, lights, gauges, clock work as new. The top has never been removed to my knowledge and all bolts are still factory torque specs. The undercarriage of the vehicle tells the story on it's own, this Defender has lived a pampered life.
Good bidding!! 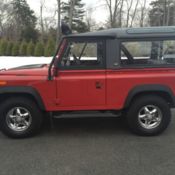 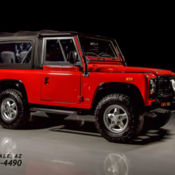 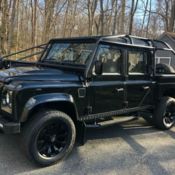 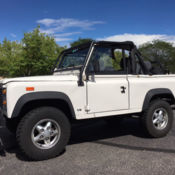 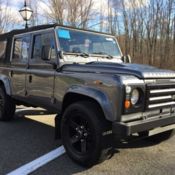 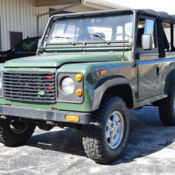 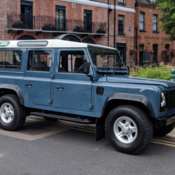 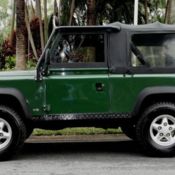 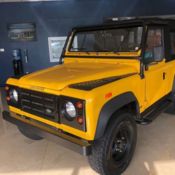 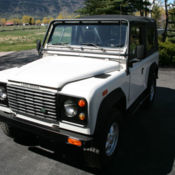