NOTE for SHIPPING:If you are anon-Californian within these United Statesoran international customer, it would be my sincere pleasure in covering my half of the total shipping costs. This means everything from loading to shipping on my end will be taken care of for you.

Hello! Hope that this finds you most well, in health, and in joy!

Statement of Full Disclosure and Correction to Previous Ad Listings

I would like to humbly begin this statement by apologizing to all of you who have shown interest in this vehicle so far, and to those who are willing to show interest. I have proven myself to be an absolute idiot as it took me this long to figure out just what in the world this vehicle really is!

This investigation of mine was initially sparked by someone who was kind enough to point out to my cousin that this vehicle was not a 1984 Defender!

Since, this is the very first Classic Land Rover—or just a Land Rover, for that matter—that we have owned in my family, I was baffled by this statement as, admittedly, I did not become somewhat knowledgeable about Land Rovers until quite recently.

Let me begin by giving you a detailed breakdown of the VIN number of this vehicle:

A - Solihull, United Kingdom (plant where vehicle was manufactured)

The website link that I used for decoding the VIN is as follows:

As you can clearly and kindly see, the VIN is describing a Series III Defender 109 5-door Station Wagon with a 2.25L, inline, 4-cylinder, Diesel Engine.

1. This vehicle has a 300 Turbo-diesel Engine

Ladies and Gentlemen! Occam's razor, in its essence, dictates that "the simplest explanation for an occurrence is the most likely.â€

Ask yourselves this question:

How can a Series III Defender 109 Station Wagon have the body of a Defender 110 that has the "...full-length bonnet, revised grille, plus the fitting of wheel arch extensions to cover wider-track axles..." (Wikipedia, Land Rover Defender)?

Occam's razor would help us conclude:

Now, what do we truly know about this vehicle?

2. It has a 2.5L, 300-Tdi engine instead of a 2.25L, 4-cylinder Diesel engine. This means that, at some point in the past, someone upgraded this vehicle with a more powerful, more sturdy, dependable, easily maintainable, highly desired engine!

4. It has also had a rear-axle upgrade as the original Series IIIs and 110s came with Salisbury Axles, not Td5/Puma Axles with Disc brakes, which this vehicle clearly has!

Following this, we must ask ourselves, what do we not know about this vehicle?

1. We do not know at which point in time such an amazing feat of customization occurred on this vehicle.

2. We do not know where this modification was conducted. However, knowing Sri Lanka and actually being from there, I have a hunch that Sri Lankan resourcefulness had a hand to play in this project.

3. We do not know who was actually crazy enough to attempt this conversion in the first place!

Ultimately, I would like to present to you this vehicle, nay, this magnificent piece of art, for your consideration with the following claim:

This is the only vehicle of its kind that exists on the planet!!

I have no idea how our family was this lucky in finding such a uniquely-built vehicle, that too being our very first of its kind as well!

Most fortunately for you, my dear potential buyer, Jaguar Land Rover literally stopped producing Land Rover Defenders in 2016, making this the perfect time for you to invest in this vehicle as they will inevitably shoot up in value, especially this vehicle due to its "only vehicle in the world" status!

My personal statement reflects what this vehicle truly stands for—something beyond mere, yet admirable, technical capabilities and aesthetic enhancements.

Disclosure: I would like to humbly inform you at this juncture that any personal requests regarding specific pictures and/or videos will most certainly be tended to with haste for you, provided you are in fact serious about the purchase of this vehicle and only if you make it abundantly clear to me via a call or text. I love genuine interest. I take it that you do too!

1.Fuel Tank: Was originally leaking and rusted through. Had a Defender 110-specific Replacement Tank with a custom-made Fuel Sender Unit installed, ensuringzerofuel level detection problems for the foreseeable future.

2.Gauge cluster: The unit was grounded and had wiring work taken care of from the senders to the receivers for the Fuel and Temperature Sensors. Temperature sensor was replaced entirely with a VDO Temp Sensor. You can actually drive the vehicle without worrying about losing an engine, if that's what you were asking.

4.Fan-Clutch:(directed towards radiator): See sentence above.

5.Front and RearDoors: Latch and Lock mechanisms were replaced and reinstalled as seen most fit. Smoothest job yet.

7.Seat Belts: Didn't have any. Until now. Replaced with Heavy-Duty OEM 3-point Retractable 10" End Release Webbing Buckle Belts. Can depend on them to save your life. Mostly.

8.Battery: Was replaced with 800+ CCA Heavy-Duty Battery with custom bench work done on the battery holster in the compartment. Also, the positive and negative wiring running all the way to the starter and alternator and back was redone, so, that's a plus!

9.Clutch: The Pedal Assembly for the Clutch and Brake was entirely rebuilt, while the Master Cylinder, Slave Cylinder and Connecting Hose were all replaced. Also, the Hydraulic Clutch Hose was re-manufactured. You guessed it, custom work.

10. Power Locks: This vehicle already had power locks by the time it was bought back in Sri Lanka. However, they initially failed when tried in the United States after the importation. Therefore, the internal mechanisms were worked on extensively here. Now, I am happy to state that you can not only manually unlock the doors, but also unlock them automatically using a key fob!

NOTE: From inspection, it has also had a rear-camera painstakingly installed into the body frame itself with output feeding into a Pioneer AVH series touch screen DVD receiver with AM/FM and USB capabilities. It sure does make backing out of the driveway with a 5-door luxury work-horse a heck of a lot easier!

Should you choose to pursue this now clearly undeniable, downright attractive piece of good-money-well-spent, I would like to let you know ahead of time that every single one of the aforementioned can be verified "to the tee" by none other than the master technician who worked on this baby, at the very garage where he works, within which the vehicle is literally parked! Should you choose to pursue this purchase, we (an emissary, for international customers) will be meeting face to face at this very garage, where you will find the keys to abold new adventurewaiting for you...


My personal statement for this work of art and craftsmanship

If you are reading this with the intent of purchasing it, you are very much an accomplished person, of means greater than that which would be considered "normal.â€

You clearly have the table of basic information and the list of standout attributes already available above. You already have access to a list of things that were taken care of on this vehicle prior to this sales post as part of its modification and/or maintenance. So, what more am I going to tell you to be able to "add to this conversation?â€

That, this vehicle was originally in the possession of the Department of Wildlife Conservation of Sri Lanka as a means of transport for said department's officials? That, this vehicle was then bought and used by theAdikariof theSabaragamuwaProvince of Sri Lanka, someone akin to the Mayor of Los Angeles? That, this "vehicle" was also once contracted and used in the safe transport of high-ranking generals during the latter half of the Civil War that lasted from 1983 to 2009?

A Legend, on wheels.

An ornament, that can be driven into the wilderness, or parked at the next luxury auto convention.

Now, if you are interested in owning a Legend for the aforementioned price (fret not, the price is certainly negotiable), then please contact me. If not, it would be wise to not only save my time, but primarily yours as well!

Waiting patiently for the one who can truly appreciate this Legend,

Sincerely and truly yours,

(If I accidentally miss your kind call, please leave me a text, and I will get back to you as soon as humanly possible.) 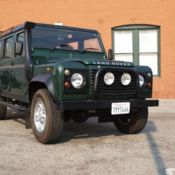 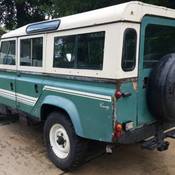 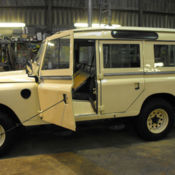 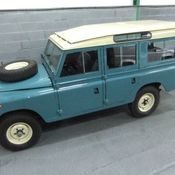 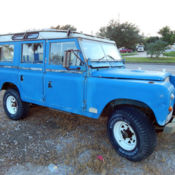 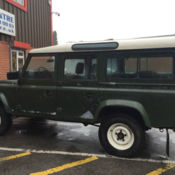 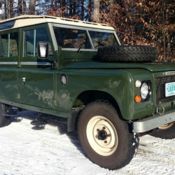 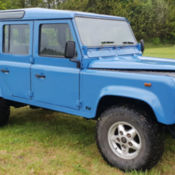 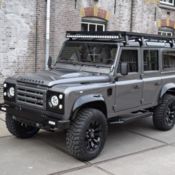