1987 Jeep Wrangler Laredo 4x4Body-off restoration - tens of thousands of dollars and hundreds of hours into restorationDebut model year of the Jeep XJ modelsCompletely rebuilt and repainted 4.2L inline six-cylinder engine,as stated by previous ownerFive-speed manual transmission (code BA-10) and NP207 transfer caseAir-conditioning, power steering, power brakes and tilt steering columnCustom Tangerine Orange exterior with black full soft and bikini tops and upholsteryAll-steel bodyCustom suspension lift and shocks by Rough Country and a roll barAftermarket front bash-bar/bumper with Hella foglights on front bumper and headlight guardsNew American Racing wheels and BFGoodrich off-road tiresAll good things must come to an end and that included Jeep's CJ series. This Wrangler Laredo model, part of the YJ series, which replaced the CJ, has undergone a complete body-off restoration, by the previous owner.This Jeep has been refinished in a custom Tangerine Orange. The paint and trim are in overall excellent condition, with only minor blemishes visible on close inspection. The bodywork is straight and solid as one would expect after a body-off restoration. The Jeep has a full, black soft-top with a matching bikini top and a roll bar.The Laredo package included a chrome grille, bumpers and trim, hard top and hard full doors, tinted windows, faux leather interior, body color fender flares and alloy wheels. An AM/FM stereo with cassette player, rear speaker sound bar, air-conditioning, rear removable bench seat and high-back cloth bucket seats all came standard. 'LAREDO' decals adorned the hood on both sides or on the lower front fenders as part of the side stripes. This unit also has a custom Rough Country lift kit and shock absorbersThe engine bay, with an upgraded hood, is extremely tidy, the battery appears new, the Bushwacker front grille, the cargo area is in very good order and the black front bumper/bash bar with its pair of Hella foglights is ready to rumble. There are aftermarket side steps to assist with vehicle ingress and egress.This Jeep rolls on BFGoodrich All-Terrain Baja Champion tires, size 35x12.50R15 all around. Each tire is mounted to a 15-inch American Racing alloy wheel. The wheels and tires are newer. There's an additional full-size spare tire mounted on the rear of the vehicle.Under the hood is a completely rebuilt and repainted 4.2L straight six-cylinder engine,as stated by the previous owner. Backing it is a five-speed manual transmission (code BA-10) and a New Process 207 two-speed transfer case. Driver convenience features include air-conditioning, power steering, power brakes, a 12-volt power outlet, interval windshield wipers and tilt steering column.Inside, there are adjustable black front buckets with contoured side bolsters that appear are in very good order. The rear bench seat is in similar order. There's no carpeting or floor mats but the custom body color continues inside and presents a striking contrast to the black upholstery. A three-spoke black steering wheel faces the driver and is in very good order. The black instrument panel and inner door liners are all in very good order. E-brake is Inop. Rounding out the interior is a 208-watt, AM/FM stereo with CD player plus an overhead soundbar with power bass and speakers.American Motors Corporation (AMC) had designed the new Jeep to be more comfortable on-road in an attempt to attract more daily drivers. It was a significantly new design with a wider track, slightly less ground clearance, more comfort and improved handling. The YJ still had leaf spring suspension similar to that of the CJ - however the springs were wider, and the first Wrangler sported trackbar suspension links and anti-roll bars for improved handling and safety, making it less easy to flip by untrained or unwary drivers.Despite the new grille, the body is very similar to that of the CJ-7, and it is interchangeable with some minor modifications. The YJ also was given a larger windshield over the CJ. The YJs are easily identifiable due to the rectangular headlights and the fact that the wiper blades rest on the windshield, giving this version a distinctive look. The blades rested on the windshield due to the now wider arc of the blades to clean the larger windshield. These two changes were later removed when the TJ was launched 1996.Six hundred thirty-two thousand, two hundred thirty-one YJs were built through model year 1995, although YJs were still sold into mid-1996, bringing the total production number to 685,071 units. Despite its similar look to the Jeep (CJ) its design was new from the ground up and had more in common with the newer downsized Cherokee (XJ) model.Competition to this Jeep in 1987 included Chevrolet's S-10 Blazer, Dodge's Raider, Ford's Bronco II, GMC's S-15 Jimmy, Mitsubishi's Montero, Nissan's Pathfinder and Toyota's 4Runner.This one-of-a-kind Jeep looks fantastic and isn't likely to hang around long at MotoeXotica Classic Cars. If you're interested in a CJ-series lookalike with more modern touches, you owe it to yourself to stop by today and see this treasure for yourself!VIN: 2BCCV8140HB531256This truck is currently located at our facility in St. Louis, Missouri. Current mileage on the odometer shows 3,229 miles. It is sold as is, where is, on a clean and clear, mileage exempt title. GET OUT AND DRIVE!!!Note: Please see full terms and conditions listed below that pertain to the purchase of any said vehicle, thank you. 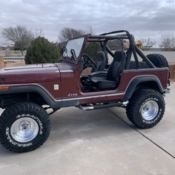 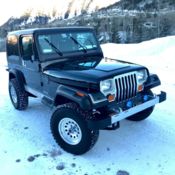 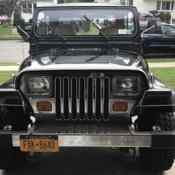 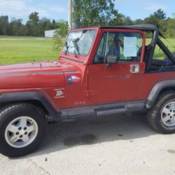 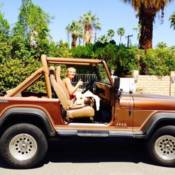 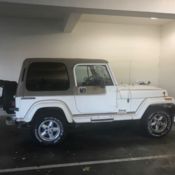 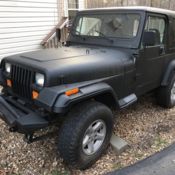 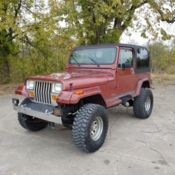 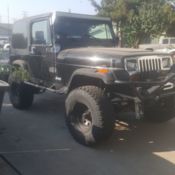 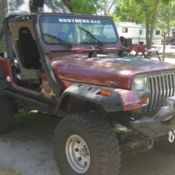