I'm trying to thin down my collection of projects, too many project, too many cars....need to get it down to a level I can manage rather than this insane level I bought this truck on a whim in 2018. I went to look at a Jeep Grand Wagoneer which I bought but this was for sale too. I've always have had a fond spot for these. This vehicle only has 15,500 miles (or there about) and was a Civil Defense Truck for Millburry, Massachusetts. So for it's first 20 to 25 years it was always indoors and driven relatively rarely. Some how it found a home up north in Maine. The truck is rock solid but you can see that there was much surface rust and some small rust holes in the front fenders and quarter panels. I've had the truck gone thru mechanically and it runs fine, starts up, has a clean gas tank and lines, brakes repaired and drive train gone over. The tires are awful and as such, I've never actually driven this around other than around the block. I'm told the top speed would be in the 55 to 60mph range. The paint job involved a lot of sanding and it was a single stage paint used. Frankly for the money spent, it was not a good value, runs, drips, wrong color than requested. It should be done over. The decals are all vinyl and can be removed. The interior wood floor is fine, there is a small rust hole in the drivers floor, you can't see it from the photo, it's very minor. I put on the spot lights and antenna mount and marker lights all in their original spots. There's a panel on the dash with many switches for all the electrics it would have had. I've decided to sell as it's at a point where some decisions need to be made in terms of directions. It could be used as a rock climber or it could be a restored Emergency vehicle. I'll let the next owner decide on the direction it should go. I've spent a ton of money on this, far more than I'll ever get back. This could be a very nice project for someone and one that wouldn't take that long or be that hard to do. The wheels are mismatched and tires...they are at least 40 years old but hold air. (if you look close at the front left fender, you'll see two dents. we left them there as you can see the exact same dents in the fender from the 1977 photo, check that out!) If it sells it sells, if not I'll keep it, have two other vehicles listed (Driver door lower hinge is a little wonky but functions) 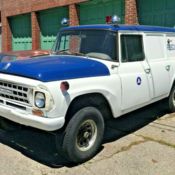 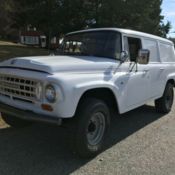 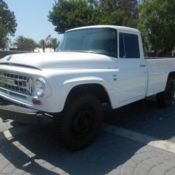 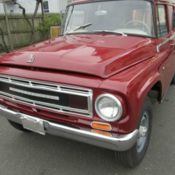 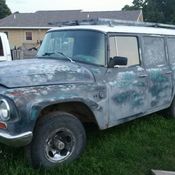 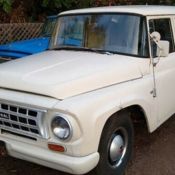 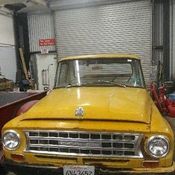 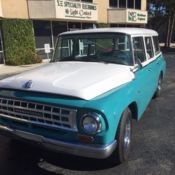 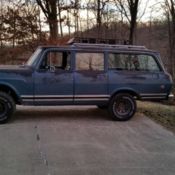 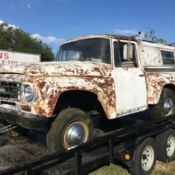