Up for auction is a 1976 Ford Bronco that runs and drives like a dream. This is hands down the smoothest, quietest Bronco I've ever had. There isn't a rattle or squeak, even over bumpy roads! I can't stress how tight and quiet this Bronco is. I am the third owner, the original owner worked on big ore boats that traveled throughout the Great Lakes. As such, there is a gratuitous amount of "battleship gray" that was used during the restoration. ALL rust has been repaired, there is literally nothing left to do but enjoy this beauty. The rear quarter panels were cut at the dealer when it was purchased in 1976, please see the pictures as it comes with the ORIGINAL DEALER INVOICE! While it has aftermarket wheels and tires, the spare tire appears to be the ORIGINAL Firestone from 1976. The spare tire cover is in pretty rough shape, but again, it's original.

The rear bumper retains several period bumper stickers, and the rear liftgate window has a period window cling that are pretty cool.

The original owner decided to go with a "brighter" version of the original color, Bali Blue. This is evident where he painted the doors and tailgate (the original color inside is lighter). While the carpet is in pretty rough shape in the passenger area, it's 100% original and I did not want to rip it out. It appears the drivers seat was redone at some point, but the passenger seat and rear seat are ORIGINAL. All the lights work, including the interior dash lights and map light. The dash pad has a cover over it as the original is pretty ripped up.

A folder full of documentation will come with the vehicle, including maintenance records. Anything that was replaced was replaced with Ford Motorcraft parts. It appears that the engine was rebuilt at some point, but it's unclear when that happened. Regardless, the vehicle starts, runs, and drives like new. I would not hesitate to drive this across country, it's THAT smooth.

If you're looking for a Bronco with an original interior that you can get in and drive anywhere, this is it.


This is a NO RESERVE AUCTION. 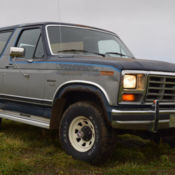 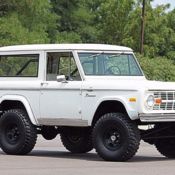 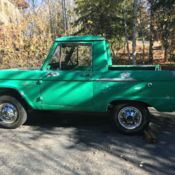 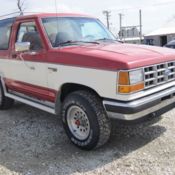 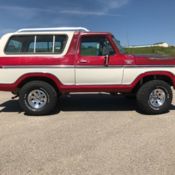 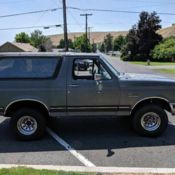 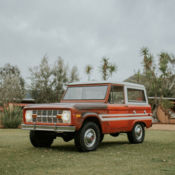 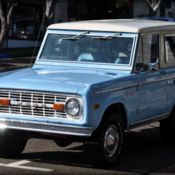 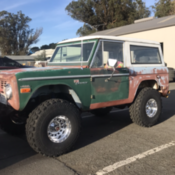 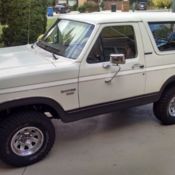