STK 2781 1965 Ford Mustang GT 350 Tribute
Ford has been producing the Mustang for over 55 years and after many generations its appearance remains remarkably similar to the original concept introduced in 1964. Our beautiful 1965 fastback is a fully restored (2014) example of this popular American icon. The fastback was recreated as a tribute to the Mustang GT350. A straight body was refinished in original Wimbledon White with Red GT350 strips. Period correct Mustang Styled Steel Wheels w/Cooper radials give the exterior a great look. The interior was reupholstered in Red vinyl. Door cards, carpeting and dash and are all in very good condition. The fastback is equipped with cold A/C, woodgrain/alloy steering wheel, factory gauge package, tinted windows, front seat belts and AM/FM sound system (currently inop). Based on the VIN number, this 'C-code' Mustang left the factory with a 289/2V 200hp powerplant. We believe that the Mustang's engine is still a 289, but cannot positively state that it is the original motor. It is now fitted with an Edelbrock 4V carb on what appears to be a FoMoCo intake manifold and is backed by a 3-speed automatic transmission, most likely a C4. The chassis has manual steering and manual 4-wheel drum brakes. This Mustang GT350 'tribute' will quickly find a new home â€“ be that your Blue Oval garage? ALL VEHICLES SOLD "AS IS". 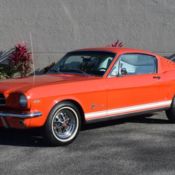 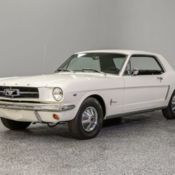 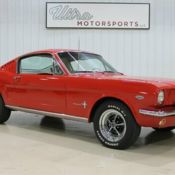 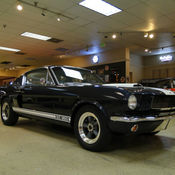 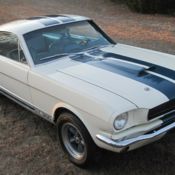 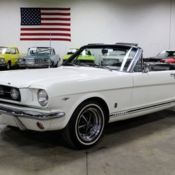 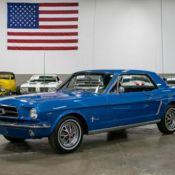 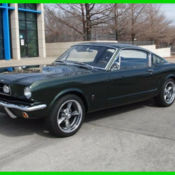 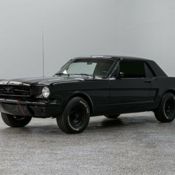 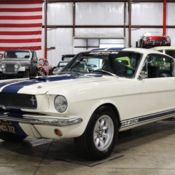