1963 Galaxie 500XL Fastback. 390 4V, Automatic in console, bucket seats, AC. All there for restoration or it would make a great parts car. Has been in SC since bought new locally with one family owner. All of the original paperwork including bill of sale, etc. included. This was a show car in the 1980's, however the owner became ill and it was parked under a shed and was there for over 30 years until just pulled out recently. Some time ago, the owner's son started to repaint it and had removed the front end, however all the parts are there. It does have some rust damage in the corner of the trunk floor and around the rear window, see pictures.
For information call Garry at 803-507-0017 or Bill 803-645-5307.
The second picture is an actual picture of the car from 1988 when it was featured in a magazine and what it hopefully will look like again some day. It is the rare combination of rose beige with a black vinyl top. Bucket seats with console and air conditioning. We believe all the parts are there. Engine compartment has been untouched. Perfect candidate for restoration. Located in Jackson, SC for pickup. 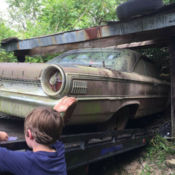 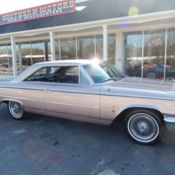 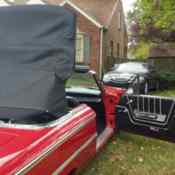 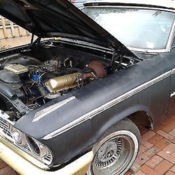 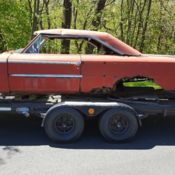 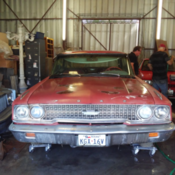 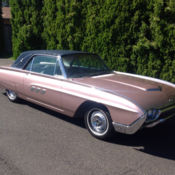 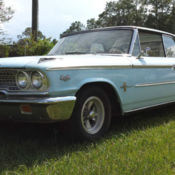 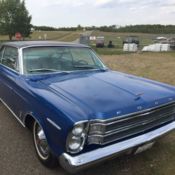 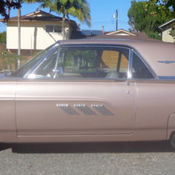