Hemmings Muscle Machine Magazine did a recent article on the '68 California Special with a 4-speed and S-Code 390.Their source said only 111 of these as equipped were made, not counting A/C.

I purchased this Mustang from the estate of a guy who was going to restore it.He had bought parts for the car, which also all come with it.(see below for complete list)

The Marti Report shows this being a legitimate GT California Special 4-speed car, with 390 S-Code engine.The car has factory A/C, but the Marti Report doesn't show that.The car spent its life in California where it was built, and then in Texas.Except for some rust through from standing water at the bottom of the left quarter panel behind the tire, this car is rust free. The rocker panels, floors and torque boxes are original and rust free.I removed the original carpet (see pics) to show the floor's excellent condition.

The car was undercoated at some time in its life.There is a newer dual exhaust from the original manifold's back, it's not a factory system.It sounds great, the car needs to be repainted because of a poor prep and cheap paint.All body panels look to be original, the vinyl top looks great, no rust bubbles show, it needs a good cleaning.All glass is good, no cracks, chips or delamination.All windows roll up and down.

The original seats are great, no rips, tears or cracks.Headliner is good.All seatbelts are good.There are no parts missing from the car.The overhead console is there, but the lights don't work.Except for a loose front suspension, the car runs and drives great, chirps the tires in each gear. Build date of the 390 S-Code engine in the car is 4-7-68. All lights work, power disc brakes work fine.Aside from the paint job, this would be a fairly easy restoration.

The icing on the cake for this car is that it comes with a fresh rebuilt 390 S-Code motor. With an Edelbrock intake and the correct factory Holly carb which he had sent out to be correctly rebuilt, it is in like-new condition.I have no specs on this engine.His friend said he had it built to 390 S-Code specs.This engine has never been run.I pulled the valve covers, everything looks new...springs, keepers, etc.It comes with a distributor.The date on the block is 3-6-68.The build date for the car is 4-30-68.Release date is5-3-68.

Delivery is possible, please contact for info and arrangements or for any and all questions. Thanks for looking!

Complete list of parts also included in this auction:

4.One Back Up Light Assembly - NOS

8.Front and Back Bumpers on Car - NEW

47.Outside Door Handle and Button - NEW 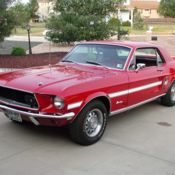 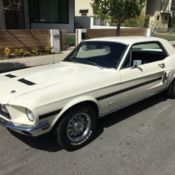 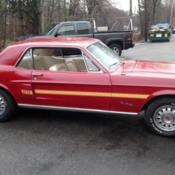 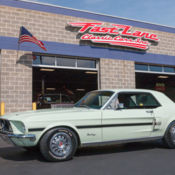 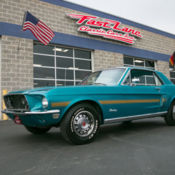 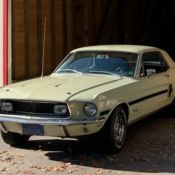 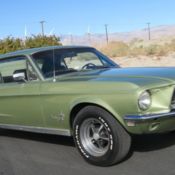 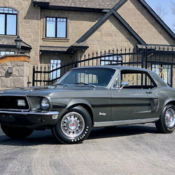 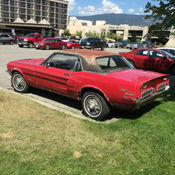 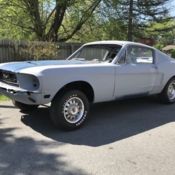