1992 Ford F350 Crew Cab Dually PickupThis is the hard to find Crew Cab square body.Truck has a great body with no Rust at all not even in the cab corners.Passenger side doors have a couple of large wrinkles that should be an easy fix.This truck would be great for a restore it has the big gas 460 engine. Engine currently has a broken timing chain and timing chain gear.This truck is an XLT Lariat which was the most loaded version of a Ford F350 that you could get in 1992.Truck has an automatic transmission with pw, pl, tilt, cruise, ac, loaded up.Has nice wheel simulators front tires are like new 80-90%, Rears have a little life left 40%This truck comes with a salvage title it broke down on the interstate and was towed by a local sheriff's dept. I bought it from the impound auction and it was salvage titled.This truck would also be an easy Re-Power project Cummins or Cat repower and you would have a nice truck.Truck is located in Radcliff, Ky 30 minutes South of Louisville,Ky and will need to be picked up in person unless you want to arrange shipping. I can assist in loading on a trailer.EXACT MILEAGE UNKNOWN 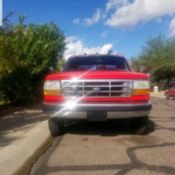 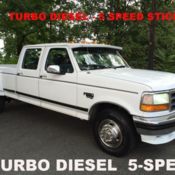 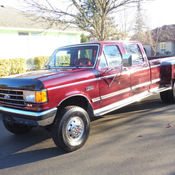 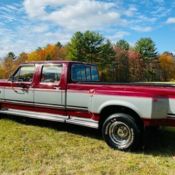 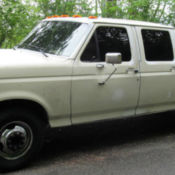 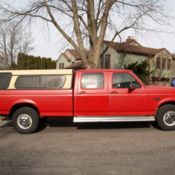 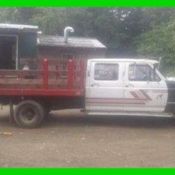 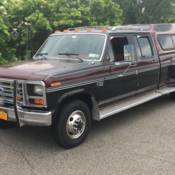 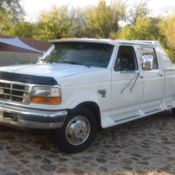 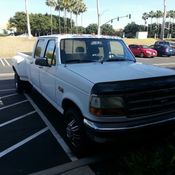