The Ford Ranchero was a large coupe utility that was produced from 1957 to 1979 and was adapted off the wagon line ups. They were the best of both world and offered the handling features and styling of a car but the utility and space of a truck! The first generation was sold from 1957 to 1959 and based on the then new full size sedan platform. As soon as it was announced it was an instant hit and had tons of capability! It even had a slightly higher payload than the half ton F series pickup! GR... Auto Gallery is pleased to present this beautiful first year Ranchero for your consideration! Finished in a stunning two-tone combination of Flame Red and Colonial White this Ranchero is eye catching. The paint quality is very good and even over all and the two tone theme continues onto the red and white interior. Even the wheels have factory redline hubcaps and whitewall tires! The interior is in great shape with well padded seats free of rips and tears. The dash is original and in good shape. The bed features a white tonneau cover and has been sprayed with bedliner so you could actually use it as a truck if you wanted to. The current owners have had this car for around three years and say that they bought it from Texas. It appears to be all original and the 292cid V8 starts up and runs well. It is mated to a three speed column shifter with overdrive. The car is overall in great shape and would make your truck owning friends jealous! 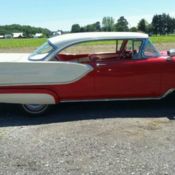 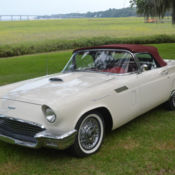 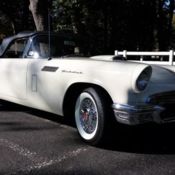 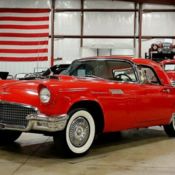 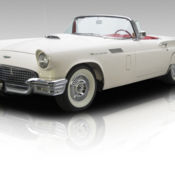 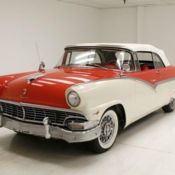 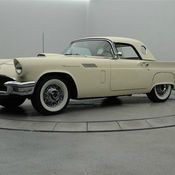 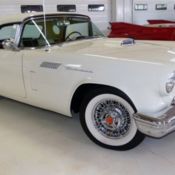 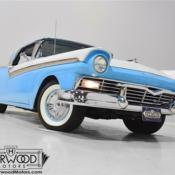 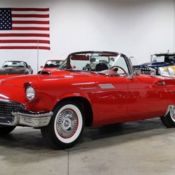