The Ford Mustang Mach 1 is a performance-oriented option package of the Ford Mustang originally introduced by Ford in August 1968 as a package for the 1969 model year. The Mach 1 title adorned performance oriented Mustang offerings until the original retirement of the moniker in 1978. As part of a Ford heritage program the Mach 1 package returned in 2003 as a high performance version of the New Edge platform. Visual connections to the 1969 model were integrated into the design to pay homage to ...the original. This generation of the Mach 1 was discontinued after the 2004 model year with the introduction of the fifth-generation Mustang. With the title "Mach 1" comes the expectation of performance. This breed of pony was built to leave everyone else at the start line. The Mach 1 was not only aggressive in performance but also looks and stance. The package was only available in the Sportsroof body style never hard top or convertible. It came with upgraded suspension varying on the choice of power train. The Mach 1 was so successful in 1969 that it led to the discontinue of the GT. GR Auto Gallery is pleased to present this 1970 Ford Mustang Mach 1 for purchase. This wild ride was not built to be kept in the stable. It has a strong running 351 V8 engine and is paired with a 3 speed automatic transmission that shifts strongly and smoothly. The Red exterior paint is in wonderful condition and the entire vehicle overall shows the evident of being well cared for by the previous owners. The interior shows just as nice the seats are in wonderful condition and appear to have no holes or rips. All of the other cosmetics on this car are quite remarkable as well it also drives and handles with pleasure. The performance on this Mach is top notch and the looks and feel are a pleasure to be part of. Features of the car work nicely and the fit and finish is very clean and pure. Some of the best features include; power brakes working air conditioning working heater power steering front disc brakes upgraded 4 barrel edelbrock carb and a full car cover. Please call or email for more details! The Ford Mustang remains an American icon and is hands down one of the most recognizable cars ever produced. These cars have a loyal following that continues to grow and for this reason are globally sought after. A true Mach 1 Mustang in great condition such as the car offered here remains on the bucket list of many. To see over 80 photos of this car including under carriage please visit our website 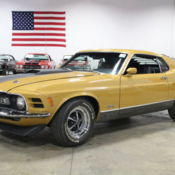 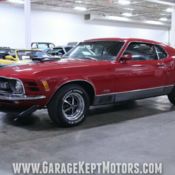 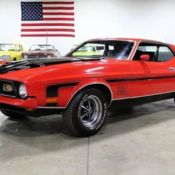 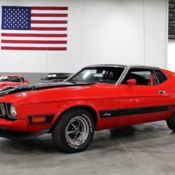 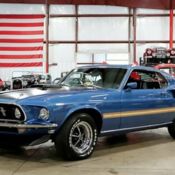 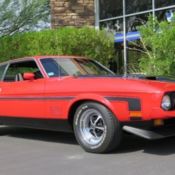 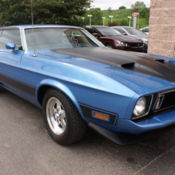 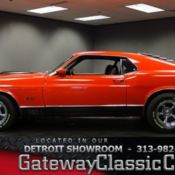 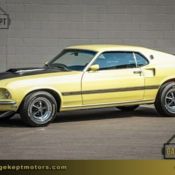 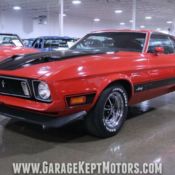