This is a 1946 Ford Deluxe 2 Door Sedan " Flat Head V8 Car " . It is mostly complet, but is missing a few thing, like the front floor board, carbureto, radiato, the trunk extension pane, hub caps and a few of the original wheels . It is also missing the generator and bracket, air cleaner and fuel pump . The body has a few small dings and dent, but no big dents and has never been wrecked . Also there is no bad rusting or big rust holes on the outer bod, door, fender, quarters ex . But there is some rusting on the grille shel, but the bottom apron is still soli, also the inner fenders . Almost all the moldings are still on the ca, and there are only a few small dings and dents on them . It does have some broken glas, but the windows do try to roll up and dow, but are snug and I didn't want to force them. The trunk has some rusting and also behind the front seat in the passengers outer floor boards and the rear of both running boards. Almost all of the dash is still in the ca, but has some discoloring and surface rust but no rust holes . The clutch pedal still moves freely and the clutch feels good . Also this engine ran before it was parked and still turns over freely and should run again with out a lot of work . It still has the distributo, coi, exhaust manifolds and starter on the engine . Also most of the interior is still in the ca, but needs to be redone . The front seat still leans forwards on both sides and has no broken springs or heavy rusting . The passengers foot rests are still in good condition also . I have more photos for the car if you need them ? Also if you have any question, feel free to call me at 540-624-2737 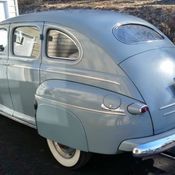 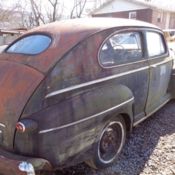 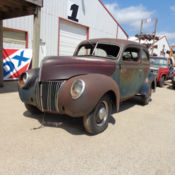 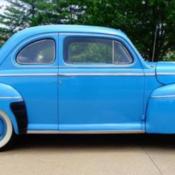 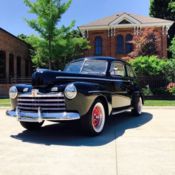 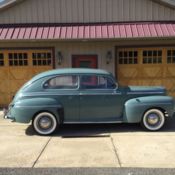 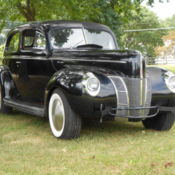 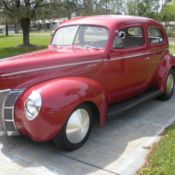 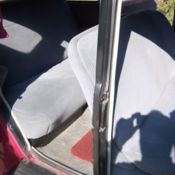 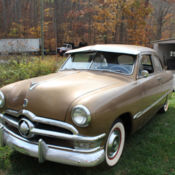