I purchased this car with the intention of doing a restoration and making it a marked show car. Unfortunately, it will probably be a very long while before and money permit that. 1993 was the 60th anniversary for OSHP, which was marked on the rear doors. The car was used by OSHP on the road until 1996, when it was transferred to their academy and became one of the first SkidCars in the U.S. I included a photo of it as the SkidCar. No holes were drilled in the vehicle frame to connect it to the SkidCar platform. In 2003, it was transferred to the academy where I work and remained in service as a SkidCar until 2014. As a SkidCar, it was used at low speed, and was not used for high speed, aggressive driving training, either by OSHP or by my academy. Mechanically, the car is sound, especially for a 23 year old vehicle. It starts right up every time and is drivable, although one of the rear brake calipers sticks. It mostly needs cosmetic work. The body and undercarriage are rust free. The biggest thing it needs is a new paint job. It has the original console and antennas. The light bar isn't original, but is correct for the year. The odometer stopped working a few years ago, but I have maintenance records on it (going back to 1994) showing when that happened. It has between 68 and 69K miles. Training vehicles at my academy, particularly the SkidCars, do not have a lot of miles put on them. The tires are 16" and are worn.
This is a no-reserve auction. Please don't ask me to end the auction early for a set price. If you have any questions, please ask before bidding. The winning bidder should plan to trailer the vehicle, mostly due to the caliper. 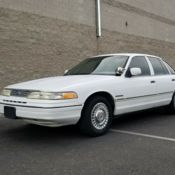 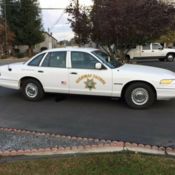 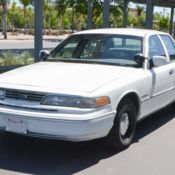 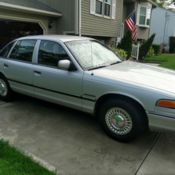 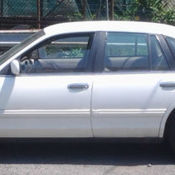 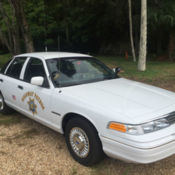 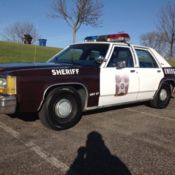 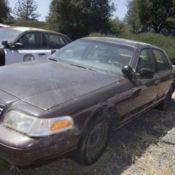 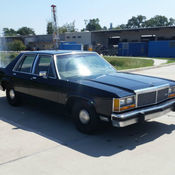 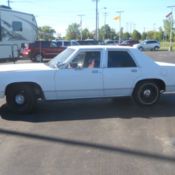