This 1969 Mustang Mach 1 428 Super Cobra Jet was found in a storage container completely disassembled with the original parts along with a second set of genuine Ford N.O.S. Parts. There is two of almost everything needed to build and restore this Mustang. Some of the more notable parts are two 428SCJ engine blocks, two 4 speed transmissions, a complete second set of Ford N.O.S Fenders. Some of the parts here are quite valuable on their own, but the whole lot is being sold as a package deal.

As you can see by the Marti Report as well as the original build sheet, this Mustang is a real R-Code, Drag Pack car. When this Mustang was ordered, the buyer optioned the Drag Pack. The Drag Pack consisted of the 4.30 traction lock rear differential as well as the 428 SCJ engine with a beefed up bottom end, an external oil cooler, and relocation of the horn to make room for the oil cooler. Other performance options include a close ratio four speed transmission and power disk brakes. It was also ordered with special paint code Blue Metallic which was not a standard color and is believed to be one of one with this paint. It also came with, black high-back bucket seats, tinted glass, AM radio, racing mirrors, and the Mach 1 trim package. The Mach 1 package consisted of many upgrades like the blacked out hood with hood scoop, Mach 1 stripes, and handling suspension. This Mustang was produced on July 7th 1969 in Dearborn, Michigan and shipped to Casey Meyers Ford in St. Joseph, Missouri.

The body, floors, and trunk are in excellent condition a have only small amount of surface rust. There is one larger dent in the driver’s side rear quarter, but otherwise there are hardly any repairs needed. The fenders are rusted towards the bottom and can either be repaired, or replaced with the second set of new Ford fenders that come with the package. The condition of the parts vary, however, some of the more valuable badges, trim pieces, and parts were kept in their original packaging and look brand new. You will have to see the lot in person to check the condition of individual parts.

The Marti report claims this was one of 3,388 with the 428 SCJ engine and drag pack and very few came ordered with a special paint code. There are only a handful of these left out there. This is the perfect opportunity to restore a well documented Drag Pack/Super Cobra Jet Mustang with all of the hard-to-find parts included in the sale. Restored, you could expect to sell for $95,000 - $100,000 not including the spare parts you can sell which are quite valuable on their own.

Please view the list of parts as well as photo documentation under the 'For Sale' tab at Fortpittclassiccars.com.

*** There may be parts included with the sale that might not be listed here. There are so many parts we did not list some of the smaller ones. 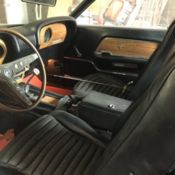 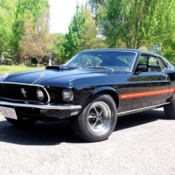 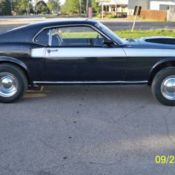 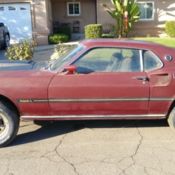 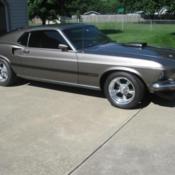 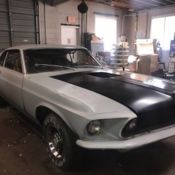 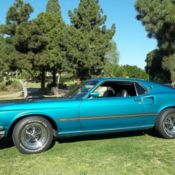 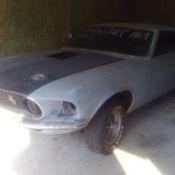 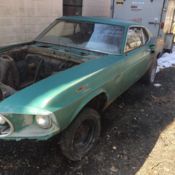 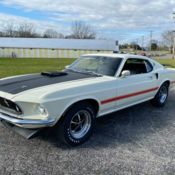