This vehicle started life as a ‘77 Dodge Tradesman B-300 van that was converted to an ambulance by Star-Line Enterprises. It was used for Columbia IL

It was used as a farmer’s truck and after blowing two head gaskets and having two cracked heads, it stayed in his barn. That’s when I bought it.

I have done a lot of work to this thing, the biggest being with the drivetrain. I removed the engine and rebuilt it. All new internals except for the rods, and newly machined heads with a valve job. I then converted it to EFI using the Edelbrock Pro-flo 4 system and a plastic gas take out of a newer dodge van (the mold fit perfectly)

I also replaced the 727 with a 46RH to get bette fuel mileage.

It runs and drives, but unfortunately there is a knock in the engine. I have gotten a bit discouraged because of this and haven’t shown it the love it needs to get to the finish line. I also just inherited my old man’s 65 fastback project so that’s been eating up my time.

This was obviously going to be used as a camper, but it has plenty of potential for other projects.

All new brakes and brake lines around. New suspension up front. No rust underneath!! They Ziebarted the entire thing when they did the ambulance conversion and it’s so clean underneath. There’s obvious rust to the rockers but the frame and floor are solid. (There was a minor patch panel I did to the drivers rear wheel arch as pictured)

Let me know if you have any questions and thanks for looking! 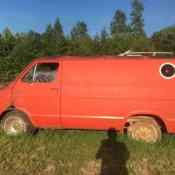 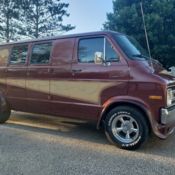 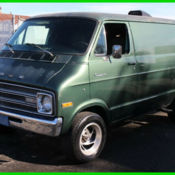 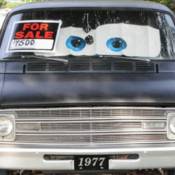 1977 Dodge B100 Tradesman SHORT VAN with Automatic plus Factory AC from Texas! 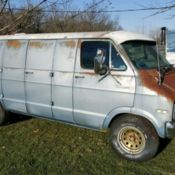 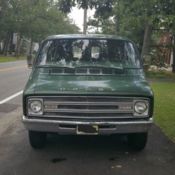 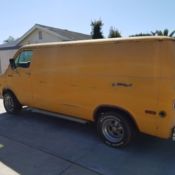 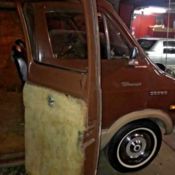 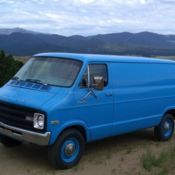 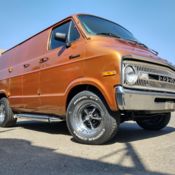