https://www.vintagepowerwagons.com/vehicle-type-a-half-ton-ww2-wc
The above website will inform all who are interested more about the power wagons dodge built for the military during World War 2.This old Mopar came to me about 2 years ago looking like it does now. The previous owner had antiqued this old truck and then clearcoated it. Considering its age the truck is solid and looks pretty cool.The engine is the 1950 Chrysler "Spitfire" which was the biggest straight six that Chrysler made. A lot of torque but a 45 mph truck. The trans is a 4 speed with 1st being a granny gear. Engine starts and runs well and it and shifts as it should. Tires are all 90%.Improvements I have made over the past two winters:1. Gas tank was lowered and shipped to Vintage Power Wagons in Fairfield, Ohio where it was cut in half and cleaned. Vintage Power Wagons guarantees their work for a lifetime and the tank displays a brass tag to verify.2. I installed new fuel lines and also a new float assembly in the gas tank. I must have wired the float assembly wrong because the fuel gauge doesn't work or I think the tank has so much undercoating on it from Vintage Power Wagon that the circuit is being interrupted.3. I converted the electrical system from 6 to 12 volts. (new alternator, ballast resistor, fan belt, battery, horn(not hooked up), and new light bulbs all around. I also put a new turn signal unit on truck.4. Rebuilt the left wiper motor and installed new vacuum hoses. The left works most of the time and the right does not work.5. Except for the master cylinder the brake system was completely replaced with new componets from VPW. This includes all new brake lines, all new wheel cylinders, all new shoes, all new axle seals, and new felt in the front 4wd universal system.Well, that's the long and short of it, I know you guys will have questions and requests and I will do my best to answer them.I forgot to mention the interior: Interior was redone before I purchased the truck. Has a new brown vinyl seat cover and the seat even has a crude air ride system that lets the driver adjust the amount of air that can escape when riding over rough terrain. The headliner is also redone as well as vinyl covering on the A-posts. Truck has black rubber mat on the floor that isn't new. The windows roll up and down with help. Interior looks clean and fresh.Also all lights work as well as all turn signals.I will send more pictures upon request!! 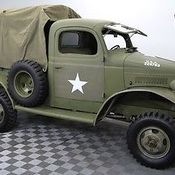 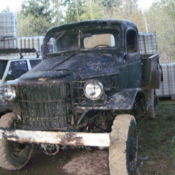 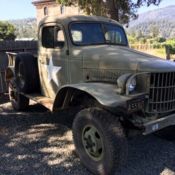 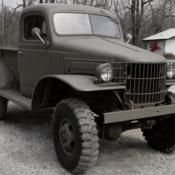 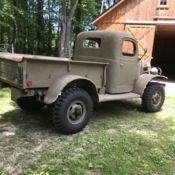 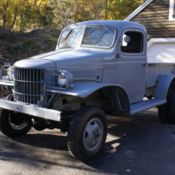 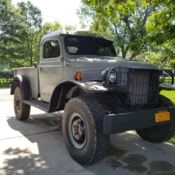 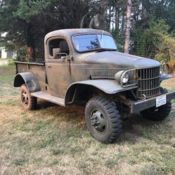 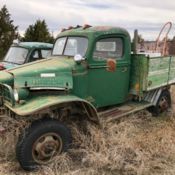 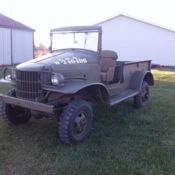