This truck was a one family owned truck until I purchased it years ago near the Rubicon Trail in California. I have the previous owner's photos of this truck actually on the Rubicon Trail (it was red then). Some time in the late eighties, the original flathead 6 gave up the ghost and a Chevrolet 350 V8, turbo 400 automatic, power steering, hydro boost power brakes were installed for more power and usability. A lumber rack was installed in the bed and the truck was painted yellow (it may have been black at some point as well). Since the truck was already modified, I planned to update with a more modern fuel injected engine.

This truck is in pretty solid shape for being 71 years old, the sheet metal is as rust free as I have seen. The doors shut solidly, like almost new. The passenger door is damaged and the window is broken but the rest of the glass is good. Despite the damage, the door shuts solidly. You can see the solid condition of the door bottoms in one of the photographs. The last photo shows thebottom driver's door. There is no rust out in the cab that I can see, surface only (you can see black paint on the floors, that's not rust) in some areas). The floor pans are solid and have some top surface rust from the fabric under the rubber floor mat but should clean up nicely. The seat is in great condition and was redone. The dash is in solid condition and has all the original gauges in place, speedometer ring/needle is off. There is a rear view mirror and one wiper. The headliner is still present.

I started to piddle withtruck about a year and half ago but never driven it (although it was driven on to the trailer when I purchased it). I installed a new carb and got her running. The cowl and hood were damaged prior to arrival in Texas. I had a clean straight cowl and hood, which I temporarily installed. I still have the original hood and cowl. They are included with the sale and can be repaired. The truckwent back into the shed until these photos were taken two weeks ago - webriefly power washed it to knock off the dust. The truck does run butI don't know the condition of the motor but it does run dribbling fuel into the carb and it did not smoke. It will need a tune-up at bare minimum and the fuel needs to be drained as it turned in the original fuel tank. The truck has a GM steering column installed with power steering and a hydro boost for power brakes; steering wheel is showing its age. Brakes held after pumping approximately 18 months ago but they will need attention. The radiator has some pinholes and needs to be re-cored. There is a second radiator included. Thereis a photo of some of the extra parts(radiator, cowl, hood, transfer case, levers, etc....) included in the bed. The original MU-2 Braden winch and bumper are also included. I have an original steering assembly (wheel, column, box) off another truck, a used transmission, transfer case, and other extra parts (doors, cab, etc...) that I have collected (not included with the truck but can be purchased).

The bed of the truck has diamond plate installed over the original wood (see photo). Cab is solid, you can seeback paint in areas on the front top of cab and box (that's not rust). The battery compartment was moved inside the rear frame rails in a nice little fabricated box. Truck still has the well-thought out bolt in lumberrack. I can have it removed if not wanted. The sheet metal on the truck is about as rust free as you will find. The truck was definitely red at some point maybe black. The paint hasdefinitely kept the sheetmetal preserved.

This truck will clearly require work but it's a pretty straight, about as rust free of a 70-year-old truck out there. Since it already has a small block Chevy, it's a good candidate for a fuel injected modern motor of your choice or just run this one. Why am I selling? I've had the truck long enough and I have other projects.

Clear Texas title in hand in my name. The truck is located just east of Austin in Manor, Texas. I can store for several weeks if needed but payment is due with 3 days unless I agree otherwise. Bring a trailer and someone will be around to help load. No battery included. Please understand what you arebuying, a 70+ year old truck, what you see is what you get. Please ask questions and I will do my best to answer, I'm not a car salesman. I have other photos. There is no warranty, express or implied. Truck is for sale locally and therefore I reserve the right to end thisauction at anytime.

The truck/title will not be released until full payment isreceived. $500 non-refundable deposit is due immediately after the auction ends and the remaining payment is due within 72 hours. 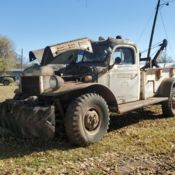 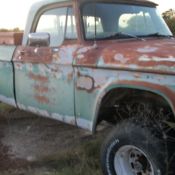 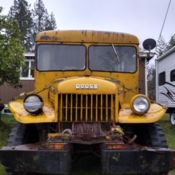 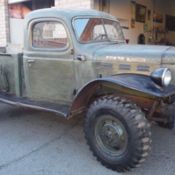 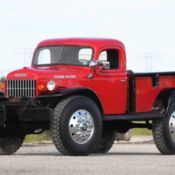 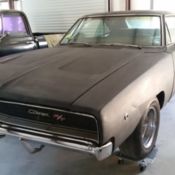 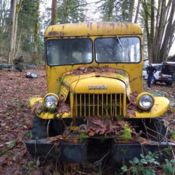 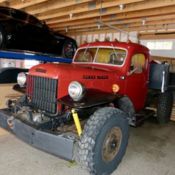 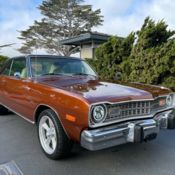 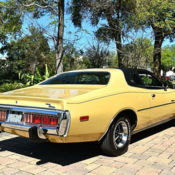