Originally assembled just down the street from our shop here in Fenton, MO
440 CID V-8 engine (410 hp)
Torqueflite three-speed automatic transmission (A727)
Dark green exterior with black stripe at the rear and with full black vinyl roof
Black vinyl interior with bucket seats and woodgrain center console
Magnum 500 five-spoke wheels
Power steering
Dual exhausts
Six-pack hood scoop
Front and rear bumper guards
Car co...mes with original owner's manual in original plastic sleeve plus other, related documents
Full of Mopar Thunder and ready for your driveway and garage, MotoeXotica Classic Cars is proud to present this 1969 Dodge Coronet 500 Two-Door Hardtop 440 Super Bee Tribute.
It began its life just down the street from our shop at the former Chrysler Assembly Plant here in Fenton, Missouri as a Coronet 500. It came equipped with the following factory options - full black vinyl top, woodgrain center console, black vinyl bucket seats, roof drip rails, and belt and body side moldings. Between then and now, the car has been reborn as a tribute to the vaunted Super Bee models, complete with 440 CID V-8 and four-barrel carburetor, originally pumping out 375 horsepower and now making 410 horsepower. The engine is buttoned to a Torqueflite three-speed automatic transmission (A727).
Its dark green paint is in very good overall condition with some very minor blemishes upon close inspection and the accompanying black vinyl roof and black tape stripe at the rear are in great shape. Hood features a large scoop with 440+4 and bee graphics on the sides. All of the glass panels are in fine shape, no cracks, hazing or discoloration. The vehicle's lights are in good condition, again with no cracks or hazing. All of the body panels are straight and in fine condition. The engine bay is very tidy and battery appears new. Car rolls on 15-inch factory steel Magnum 500 five-spoke wheels surrounded by BFGoodrich Excentia GT radials, 225/70R15 in front and 275/60R15 in back. Driver's assist feature includes power steering.
Inside, the car's black vinyl seats are in near-excellent shape, the complementing carpet is in very good condition, as is the contrasting headliner. There is a missing trim piece on the passenger side of the front seat and there's a blemish on the back of the center console. Woodgrain dashboard, steering wheel, shift lever, door panels, package shelf and speakers are all in great condition. Vehicle mirrors are in good condition. Car comes with stock AM radio.
The original Dodge Super Bee was based on the Dodge Coronet two-door coupe, and was produced from 1968 until 1970. It was Dodge's low-priced powerful muscle car and a rebadged version of the Plymouth Road Runner. The origin of the name, "Super Bee," has its basis in the B-body designation pertinent to Chrysler's mid-sized cars, including the Road Runner and Charger. The design of the first Super Bee was influenced by the 1968 Coronet convertible and the show car's interior was built by the Alexander Brothers. The show car was introduced at the 1968 Detroit Auto Show.
Competition to this Dodge in 1969 included American Motors' Ambassador two-door hardtop, Chevrolet's Caprice two-door, Ford's Galaxie 500 two-door and Oldsmobile's Delta 88 two-door Holiday Coupe. GET OUT AND DRIVE!!!
Car comes with original owner's manual in original plastic sleeve plus other, related documents. 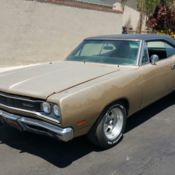 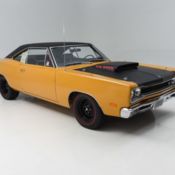 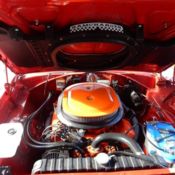 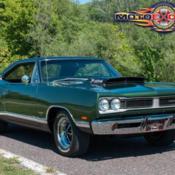 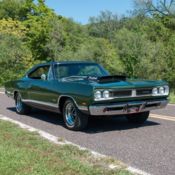 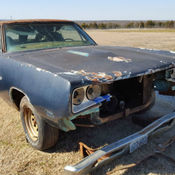 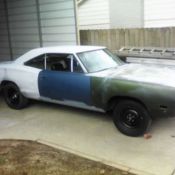 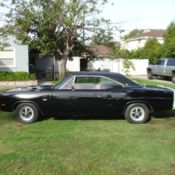 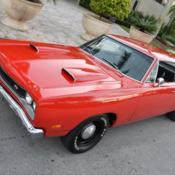 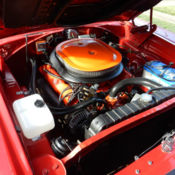