For fans of the unusual, his 1966 Dodge Charger is a fantastic find. A mild custom, t takes the awesome fastback Charger shape and adds a few tweaks to create something altogether new and unique. It's a car that attracts a lot of attention and yet remains eminently affordable and lots of fun to own. The Charger was Chrysler's early efforts to combat the Mustang's screaming success, nd the fastback body style suggests speed and power, ith a decidedly futuristic look. Proportions are quite pleasing to the eye, ith a progressive enlargement of the rear quarters, iving the impression of powerful rear haunches. This particular Charger is extraordinarily clean with a high-quality repaint in metallic white, hich is hard to capture in the studio but looks awesome in person. All the dramatic body creases are sharply rendered, hanks to some expert bodywork, nd there's a subtlety to the car that the later models seem to lack. Custom modifications include shaved door handles, ustom LED taillights, nd a blank-out panel that gives the rear end a totally new look. Up front, he "electric shaver" grille is finely detailed, he bumpers are brightly chromed, nd hood pins suggest performance and power in equal measure.According to the fender tag, he bucket seats and center console are original equipment, nd the upholstery has been freshened using NOS material. The slick red seats with matching carpets and dash are the perfect complement to the sparkling white exterior, reating a very upscale piece of Mopar muscle. The gauges are absolute works of art, xquisite aircraft-inspired dials with markings around the perimeter and 100% functional. The factory AM radio is gone, eplaced by a Pioneer AM/FM/CD stereo head unit that fits rather neatly into the dash and sounds great. Chrysler fans will recognize the simple chrome shift lever for the TorqueFlite automatic, aking it easy to click through the gears manually. This car also sports the rare dual bucket seat option in back, hich includes a full-length console that creates a very cool rear passenger area under the sprawling rear window. That window is responsible for a bit of fading on the rear carpets, ut nobody's going to complain about the accommodations in this cool Charger. In addition, old-down rear seats make for a cavernous cargo bay, hich is also fully upholstered in matching burgundy carpet. The 318 cubic inch V8 under the hood is reliable and torquey, et still relatively economical compared to its big block siblings. Dressed in Hemi Orange paint, he smooth V8 runs beautifully with a solid whack of low-end torque and a willingness to rev. Nicely detailed with a chrome air cleaner and wrinkle-finish valve covers, t's a bit flashier than it was originally, ut nobody will mind after they see how incredibly clean this car truly is. The engine delivers decent torque and effortless acceleration with that characteristic Chrysler rumble compliments of a recent dual exhaust system with chrome tips under the rear bumper. The 727 TorqueFlite 3-speed automatic snaps through the gears without hesitation and the 8.75-inch rear end uses gears that are easy to live with on the highway. It's clean and mostly original underneath, o no worries about this being a rust belt car and a set of chrome wheels with baby moon style hubcaps give it a truly custom look. For the Mopar guy looking for an edge at the next cruise night, his is it. Beautiful, nusual, nd surprisingly fast, t's the Charger for guys who don't follow the pack. Call today! 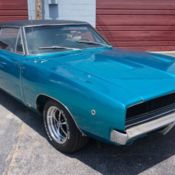 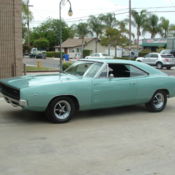 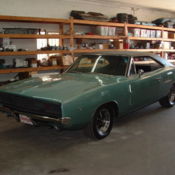 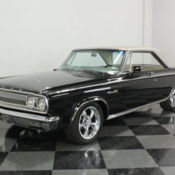 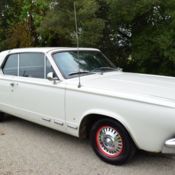 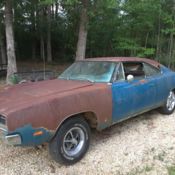 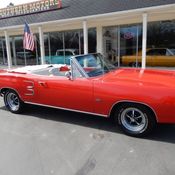 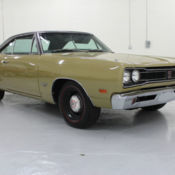 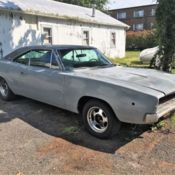 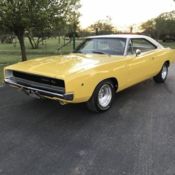