This 1942 DeSoto Custom sedan is a true "barn find" that was found on an Oregon farm in 1991.It comes with a brief history written by the nephew of the DeSoto dealer in Newburg, Oregon, where it was purchased new in September 1941 by the owner of a hazelnut farm.After he passed away in the 1960's it was in longtime storage in his barn. Eventually the family sold it back to the DeSoto dealer, whose family then kept it until the early 1990's when a former member of the DeSoto club bought it. He went over the car just to make it roadworthy at the time without doing any cosmetic work. I bought the car nine years ago, and all I've done is put in a new battery twice and a new fuel pump.

At the time I purchased the car in 2009 I spoke with the previous owner who got it running after its long barn storage. He rebuilt the brakes himself (which now do not work and has one leaky wheel cylinder), did a valve job and took off the oil pan to clean it out.He said he removed and cleaned the transmission and did a tune up to make it roadworthy.I have nothing in writing from him and no receipts since he did the work himself, but I can provide his information to the new owner.He drove it to a couple of car shows (furthest was about 200 miles), kept the car about 14 years, then it sat in another collector's garage for about 5 years when I bought it.

I've only driven the car a few times in the neighborhood and around the storage yard.The Fluid Drive transmission shifted through all four forward gears and reverse.It starts easily, but as mentioned above the brakes are not functional and because of that the car cannot be driven as it is now.The gauges and headlights seem to work, have not tried the heater. This is obviously not a car you can get in and drive away.It is a project in every sense of the word.

Cosmetically the car is pretty tired but all original and intact. The seat upholstery was covered by dealer installed seat covers until the car was resurrected.The previous owner removed the covers to find the original green broadcloth upholstery intact but motheaten and very fragile with tears and holes. The original headliner started to sag so someone braced it with a headliner bow to keep it up. The front carpet had been removed and discarded.The driver door panel is extra rough but there, with a large patch of duct tape.

Most of the window and door handles are off the car and some are in the trunk, along with extra grille pieces and the light bracket (exceedingly rare) for the lighted lady hood ornament.The driver's window glass is cracked.There are numerous small dents and damaged trim pieces, and you can see that one grille section is corroded.When removed from the barn, the underside of the car was completely coated in a thick layer of ground up hazelnut shells.The previous owner scraped it off and said he found no body rust anywhere except a small area around the lower edge of the trunk opening under the weatherstrip, which should be visible in the photos. He thought perhaps the coating of hazelnut shells prevented further rust underneath.

To sum it up, if you want a restored car this DeSoto would need EVERYTHING done. It is a project car that you can't get in and drive away.It is mostly complete as you can see, but it would need extensive mechanical and cosmetic work to make it into a reliable driver or show car.It has a great "barn find" look but it would still at least need to be gone through mechanically.I don't have the time or resources to properly restore this car and so it is time to sell it at what I feel is a very realistic price and less than I have in the car.

I have a clear California title in my name, but it is not currently registered to be driven on the road. Please message me any questions.The car is stored in Southern California a couple hundred miles from my home.I am willing to store it for a reasonable period for pick up.

I will try to include a couple of videos, although the poor sound on my camera unfairly makes the car sound overly loud.

The car is located in Ontario, California, two hundred miles from where I currently live. 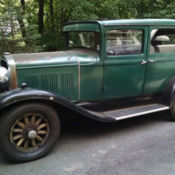 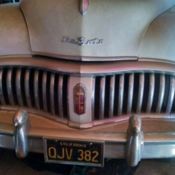 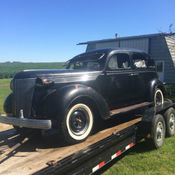 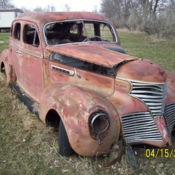 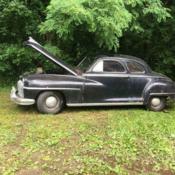 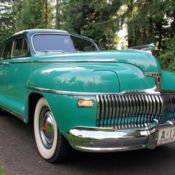 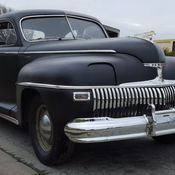 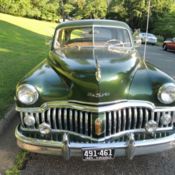 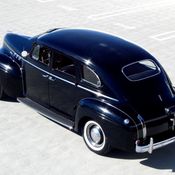