Before I pull this car into a million pieces and list everything here on eBay, I will see if anybody is up for a neat restoration project first. And save me from sweating my butt off. At least for another week. This is a 1969 Datsun 1600 Roadster.It has a Datsun Roadster 2000 5 speed transmission conversion. 2 piece driveshaft, 2000 tranny mounts,engine back plate.5 speed shift plate.Which if I pull this apart will sell for about what I am asking for the complete car This one has sat in the SouthernArizona Desert for a very, very long time. Got it back here tomy shop.Checked the fluids, turned the engine by hand. Put a hot battery to it. Did a compression check and came up with 135-145 psi., Ran some gas from a can to the carbs and it fired up. Runs smoothly, no smoke, no rattles or other noises. Shut it down. Compression will probably go up with more run time. This car needs to be gone thru, top to bottom.It is a project. It is a builder.You can not drive it home.Well, you can not drive it anywhere now. Rolls well, though..There is some rust in both rear dogleg areas. The front of the floors have rust and should be replaced, The area below the battery tray has some rust. The trunk floor is nice. The frame is nice. Interior needs to be redone, including the dash. which has an aftermarket gauge stuck in it.Soft top frame included but no soft top.Thecar has almost everything there. originally light yellow. Painted white a long time ago..This car needs work. It has damage. It has dents. It is a total project. But has original factory radio,spare tire, jack, hold down clamp. Even has the original jack point plugs.This car has a lot of issues, but it has a lot going for it.. Mostly original, strong drivetrain.with a 5 speed.Car has a straight clean regular status Arizona title. But has an Arizona Department of Motor Vehicle Assigned vin tag on the driver b post. Which number matches the factory chassis number stamp on front left frame top.There is no factory chassis number plate in the engine bay . Maybe was lost when car was painted so they did the assignedvin platedeal. No big deal, but it is there.I travel around the West Coast with my truck and trailer and might be able to get it to you or close. And can arrange trucking to Long Beach California shippers for overseas buyers for $300. Clean straight title. 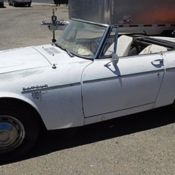 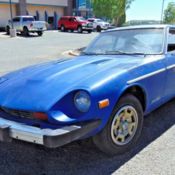 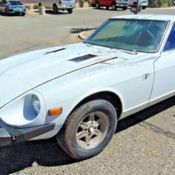 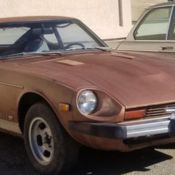 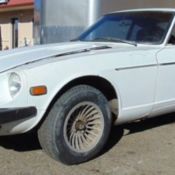 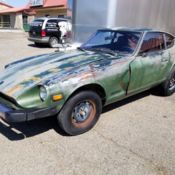 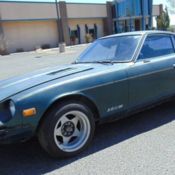 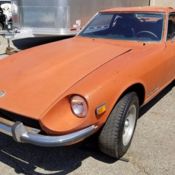 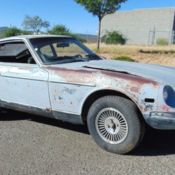