All three one price. NO RESERVE. Two 1967 roadsters and a 1969 convertible. I have title to the 69 and one of the 67s. all 1600
No, I won't split them up or part them out. 3 cars one price, you drag em away. I won't end the auction early and there is no buy it now price.
I had to put in a mileage reading. I have no idea what so ever.
The two roadsters came from Oklahoma and the convertible from TX, so even though I live in southern IL there isn't any road salt cancer.
I redid one of the 67s. New plastic dash, vent window rubbers, shocks, put the 69 redone seats in it, stereo system, the chevy self exciter alternator conversion, paint and lots of other stuff. I did shave off the chrome and toggles for a soft top but while it needs some love I got a hard top for it out of CA. I don't fit in the car with a hard top on. In 09 it burnt the starter and I just put it in the garage. I stored it with seafoam in the tank but no guarantees.
I have brown molded carpet new in the box, car cover unopened, two extra front fenders, two extra doors (67) new electronic ignition just opened today for the pictures. Two Chilton's books, 4 more factory wheels, At least 4 decent hub caps, Two 67 seats but they are in bad shape, not sure if salvageable. And a collection of other stuff.
The newspaper I bought today, this little town doesn't have a daily on Sat. The boot cover and tonneau cover came from the 69. Frame for the 69 soft top also. And when I bought it, the 69 didn't have a dash or instrumentation plan was to use all the parts from the second 67 to redo it.
If you want additional pics that isn't a problem. If you would like to stop by or send someone to look at the cars, that isn't a problem; located in Du Quoin IL. And if you have any questions use the ebay question system and I will answer. I can store them for awhile if you need to arrange transportation.
Tell your friends, you message board buddies, never a bad time to pick up another Roadster.
I think somebody is going to get a bargain. Bring cash. 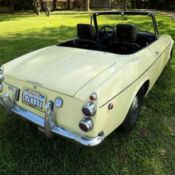 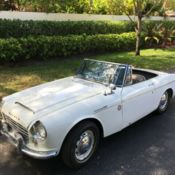 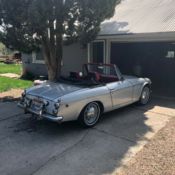 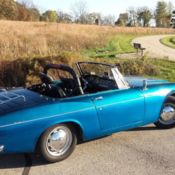 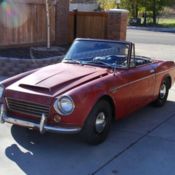 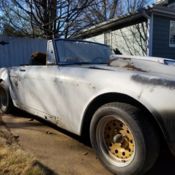 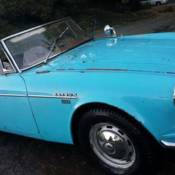 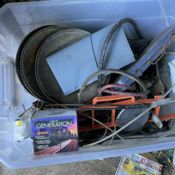 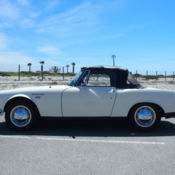 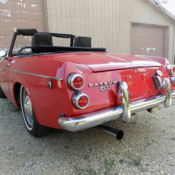