Most, f not all, uscle car aficionados know the legend of the L88. Introduced in ’67 and built through ’69, hese monsters came along at the peak of the Horsepower Wars. Only 216 were built and doing battle on the street and strip was its stock in trade! Back in the day, nless you knew what boxes to check, ost of the buying public assumed that the L71 427/435hp engine was the top choice. This was by design as Zora Arkus-Duntov didn’t want the general buying public to get their hands on what was essentially a factory Race Car! Because of this, untov chose to rate the horse power at 430; five below the L71’s 435hp rating. But, he reality was that the L88 in race trim was putting out closer to 600hp!! And although most were sold to racers, oth professional and privateer, ome also got into the hands of "street" racers. There wasn't much out there that could touch the L88.

There's really no such thing as a "run of the mill" L88. But even so, ome do stand a bit taller than others, nd this particular Red from birth, onvertible, 88 with M22, s one of those, ith only 99 built that year. This makes it, hat we like to refer to as, n the Ultra Rare Category.

Mike has recently reacquired this L88 out of a collection of very nicely ensemble, ass booming baritones, f the 60's and housing two of his sibling L88's. It was originally sold new in Emmett Idaho. It then made its way to the Seattle area where it stayed until '86.

In the 80's, ike Pillsbury, local So Cal fixture of all things high performance, sked Bob Fattore of Seattle to help in his search for a legitimate L88 Corvette. But not just any L88, t had to be born red and must be a convertible. Ask and you shall receive as they say. Rising to occasion, attore had, n his back pocket, he exact car. The owner at the time was Pierson Aviation of Seattle and a deal was struck; adding Pillsbury to the list of owners that reads like a Who's Who of discriminating and renown collectors from the muscle car era. Even Corvette Mike owned this car for a short time back in 2002. A full list, xcept for the original owner, re listed in the large binder of docs that accompany this historic collectible.

We have very extensive information on the car. It was restored by L88 guru Tim Thorpe, ho in a recent conversation, ad nothing but nice things to say about the car before and after his painstaking restoration process. We have a huge binder full of restoration photos, ocs, hich include the original Tank Sticker, wner info, .C.R.S. Top Flight and Bloomington Gold Certs, loomington Special Collection, nvasion L88 and Judging Sheets; everything you could want to document this truly amazing L88! This is likely the only surviving '69 Monza Red w/Black interior and White soft top L88 on the road. 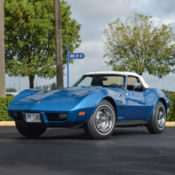 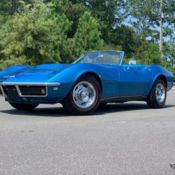 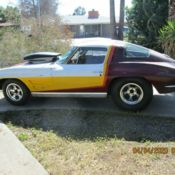 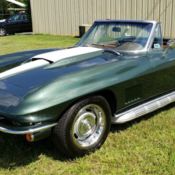 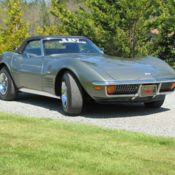 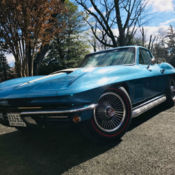 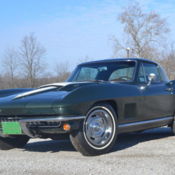 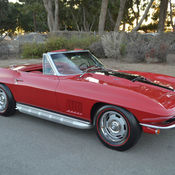 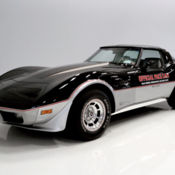 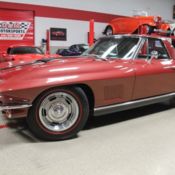