Chevrolet designer Clare MacKichan recalled about creating the Chevy II: "There was no time for experimentation or doodling around with new ideas from either the engineers or from us in design; And it had to be a basic-type car." "I think that was the quickest program we ever did at any time," he continued. "We worked night and day on that car, and it didn't take very long to run it through our shop because we had a deadline. " And that's what made the Chevy II one of the fastest new-car development programs in GM history just 18 months after the designers got the green light, the first production Chevy II rolled off the Willow Run, Michigan, assembly line in August 1961, in time for its September 29 introduction. Unlike the Corvair, the 1962 Chevy II was deliberately never intended to be revolutionary in concept or execution; its mission was to give Chevrolet buyers a simple, back-to-the-basics compact car. When he announced the Chevy II to the press, Chevrolet General Manager Ed Cole described the car as offering "maximum functionalism with thrift."

And now for something completely different!....A 1966 Chevrolet Nova with its classic exterior metal looks, nicely preserved chrome, a two tone paint job, and some 20 inch wheels, jacked up suspension and a large side pipe exhaust this car could be a gasser/come resto-mod come donk come one of a kind creation with a powerful engine thrown in for extra giggles!

Exterior
Retaining its original panels and chrome trimmings, she's all bathed in black with a silver accenting top and silver rockers. Gaps are fairly well aligned, and all chromed trimmings are good. A few faults like chips and some scratches are seen in the paint but minimal at best. Flares are hung on all 4-wheel wells to give room for the big rubber. Save for the fly 20-inch bling wheels and rubber band tires, and big side piped exhaust she looks mostly original, mild mannered and capable of completing the suburban mom go get the groceries look. Although it is in reality, nothing but this, it had the capabilities to be a borderline city cruising gasser.

Interior
Shades of the Kaiser with some experimental faux alligator vinyl inserts in brown gracing the black bolstered buckets in front and the rear 2 plus 2 with some extra room rear bench. All seats are excellent and float in a sea of new black carpeting. Door panels are straight as arrows, and sport black horizontal ribbed vinyl panels with metal gray painted surrounds. The dash is original with the speedo and gauges behind a somewhat faded and cloudy plastic covering. All else is original, and now in the center is an AM/FM/Touchscreen sound system complete with a backup camera. Rising from the hump is a long lever Hurst shifter. Directly above is a newly installed headliner, nice and tight and in black. All this in a passenger compartment encapsulated in tinted glass to be more badass. And the alligator inserts are simply....snappy!

Drivetrain
Courtesy of 1976, a 454ci displacement V8 now under this hood with its top end just rebuilt (cylinder head work, new camshaft, lifters, and timing set for reliability done in 7-2020), it is all looking just fabulous inside the restored engine bay. The correct red/orange Chevrolet block has chromed valve covers, a chromed air cleaner cover, and a new aluminum radiator. On top is a 4-barrel Quadrajet carburetor, and on back a TH350 3-speed automatic. A Chevy truck provides the 14-bolt rear and exhaust gasses are aided by headers and a Bigguns! exhaust system.

Undercarriage
Sine previous problematic invasive rust has made some holes in the floorpans at various places seen in the photos of this undercarriage. It appears as though a new trunk pan has been inserted over previous damage; some newer steel panels have been welded into the floors along with some reinforcing angle iron throughout. Suspension is leaf springs on all 4 corners along with a straight axle up front, and now disc brakes reside all over.

Drive-Ability
A quick fire up with a thunderous roar and it was off to the races where we did a nice cruise, has great acceleration, and is nothing like the original car as to performance, now greatly enhanced.

Riding high and totally fly, making noise and turning heads of all the boyz, a custom NOVA from 1966 now in its interesting and totally unique form. Pump up the volume and get redonkulous....it's a gas!!! 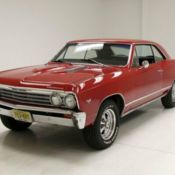 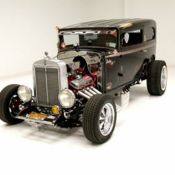 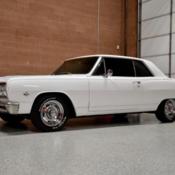 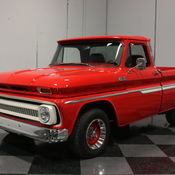 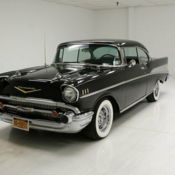 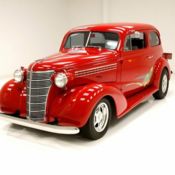 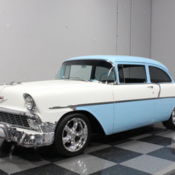 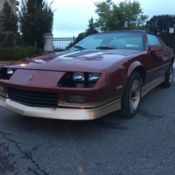 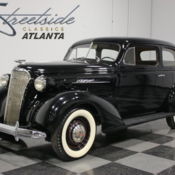 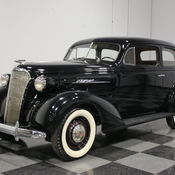