This Stepside body is sitting on a later 70,s 4 wheel drive blazer frame . everything works as it shoul, has dual exhaust , the owner just spend $2600 getting the transmission rebuil, in october and the truck only has 16 miles on it since it was rebuilt, However upon driving home from the transmission shop the truck started smoking out of one of the muffler, it has great compression but we think that the umbrella seals need to be replace, has fourwheel driv, newer carburato, tires probably need to be replaced eventually,as far as the body is concerned there is some rust spots on the top front driprai, and also on the hood . however the floorboards are solid and so is the rest of the body . the truck is titled and in nonop,this is a nice little truck that has had a lot of money put into it, to get it where it is now . 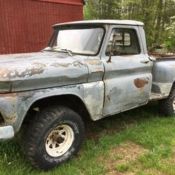 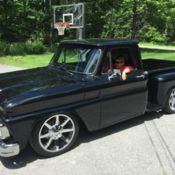 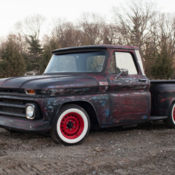 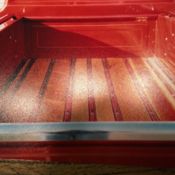 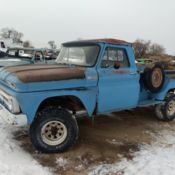 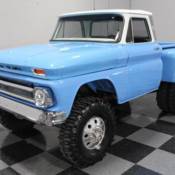 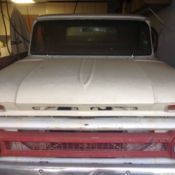 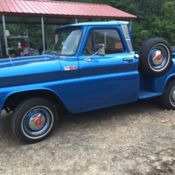 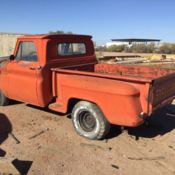