There were some great and rare cars that came from the factory in the 1980s if you knew where to look. This 1987 Chevrolet Monte Carlo SS Aerocoupe is a prime example. The most sporting version of its generation, this car was snuck out Chevy's back door with a unique performance style that remains quite appealing today. The design of this Monte Carlo Aerocoupe is one of the last great NASCAR factory custom racers. Chevrolet engineered this limited production car...Â specifically to go faster on the track. They rectified the brick-like design of the Monte Carlo with a long and sloping rear window to give these GM cars a new wind-cheating advantage. Thanks to NASCAR's "stock car" rulebook, any car wanting to make this kind of large modification would also have to offer them to the public. These often had tantalizingly low production numbers, and there were only 6,052 Aerocoupes produced in 1987 - its final year. This is the same outlaw attitude that created the legendary cars like the Dodge Charger Daytona and Ford Torino Talladega, but now you get it in a much more modern coupe. This one looks great in its factory black. It's believed to be original, and so while it's not perfect, it wears its history with pride. Plus, we all love the triple stripe that goes from a bold red and fades into the dark paintwork. The chrome era was gone by the time this Monte Carlo came around, but that's just not right for a true American classic. That's why a shiny set of iconic American Racing Torq Thrust wheels was added to this package. Gray fabric was a good choice in the SS. It provides a complement to the black exterior, and the seats, carpets, and door panels are especially nicely preserved in this car. The buckets provide good bolstering, and they still give the same all-day comfort you expect in any Monte Carlo. Plus, there's a center console for added relaxation. It's a luxury performance car, so you get plenty of comfort features, including a tilt steering column, electric rear defogger, cruise control, and the original AM/FM/cassette stereo. Plus, the factory air conditioning has been upgraded to blow cold with modern R134a. The driver faces a black factory performance steering wheel. In front of that is a sporty full gauge package, and it's all set in a black and red dash that neatly mimics the exterior color scheme. Since this Aerocoupe is premium performance version of the Monte Carlo SS, it's only fitting that a few upgrades took place in the engine bay too. The motor looks good with some shiny upgrades to the air cleaner and valve covers. Beneath the attractive appearance is the a 305 cubic-inch V8. It inhales deeply through a proper Rochester four-barrel carburetor, and it exhales with authority as headers feed the rumbling dual exhaust. So, it's a strong runner with plenty of old-school muscle car torque. But more than just a NASCAR for the streets, it's also a fantastic highway cruiser thanks to the 200-4R four-speed automatic transmission w/overdrive. The suspension is tuned to be entertaining, but you can still feel this car's luxury coupe origins underneath, so it's great for road trips. It even has front disc brakes, thick sway bars front & rear, and the modern grip of Hankook Ventus tires. Very affordable and very fun, this Monte Carlo SS Aerocoupe is already a collector's item. It even comes with its original owner's manual. But don't wait around too long, because its rarity and value price means this one will be going fast. Call today!!! 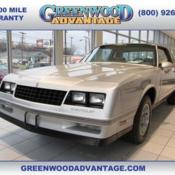 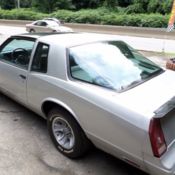 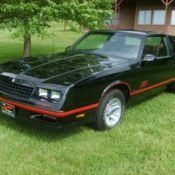 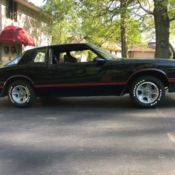 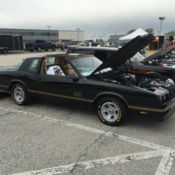 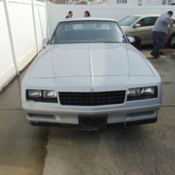 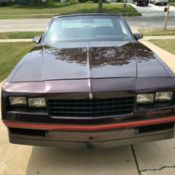 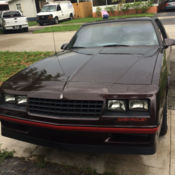 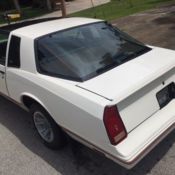