A real 1962 Impala Super Sport originally Anniversary Gold with Fawn Interior. Has been with a very low budget black paint.
This car was last registered in1990 and has been in storage since, could put some work into the body and frame and have a nice driver or go full frame off.
It runs and drives. Engine 327, Muncie 4 speed. It is and anoriginal 327 car as it has the large steel fuel line. However it came from the factory with a three speed on the tree. The engine isnot the original 327. I was going for a 409.
Only option was the tinted glass it still wears. Which would be a great car for conversionto a 409. Has SS grab bar and SS body side moldings.
From North Dakota and almost rust free. Has the front fender dog leg rust and above the quarter rear wheel wells on the quarters (very minor). Great news on the floor pans, one small area on the drivers side (see picture) with the rest perfect condition. Trunk floor is also perfect and needs no rust repair.
I have other parts available to the winning bidder, but are not included in the sale and will only sell after the car is gone. Parts available after the sale are:
Drivers side front fender - great condition and rust freePassenger side front fender - straight with minor rust on dog legBoth rear quarter skinsFull restored frame409 engine
Count on trailering it home as some of the suspension bushing are very weak.
Winning bidder is to submit $500 deposit within 48 hours of end of auction with balance due in cash on pickup. Pickup will need to be within two weeks of end of auction unless prior arrangements are made in advance.
On Sep-19-16 at 19:23:06 PDT, seller added the following information:

This is as close to a unrestored rust free car as you will find. Minor rust issues as noted in the above information. Per a question I received, there is NOTHING wrong with the original frame, it is straight and rust free. I just built another rolling chassis as I had it available. 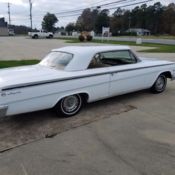 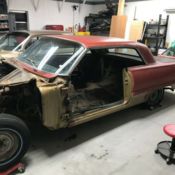 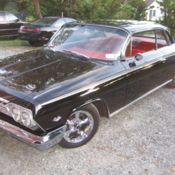 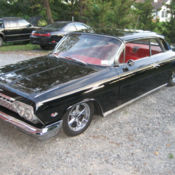 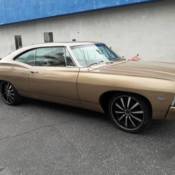 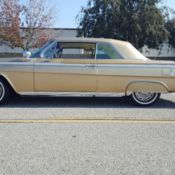 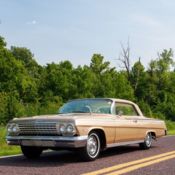 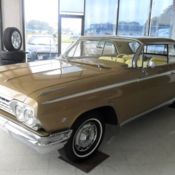 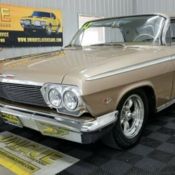 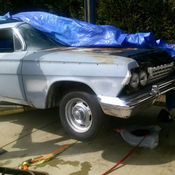