West Coast Classics are proud to present an exceptional and great daily driving and rust free example of this mostly all original 1969 Cadillac Fleetwood Sixty Special Sedan in its original 'Sable Black' color (code 10) paint and with its seemingly all original 'Black Dansel Cloth with embroidered inserts' interior with its original 472/375HP 4 bbl V8 engine and factory options including;
Automatic Climate Control ($516)
Power Door Locks ($68)
Six-Way Power Seat Adjustment ($90)
AM/FM Radio ($188)
Tilt & Telescope Steering Wheel ($95)
Padded Instrument Panel
Automatic Level Control
Front & Rear Center Armrests
Rear Fender Skirts
Left Side Remote Outside Mirror
Power Windows
Power Vent Windows
Power Steering
Power Front Disc Brakes
Turbo-Hydramatic Transmission
Front Cornering Lamps
There's no better example of GM's styling and engineering prowess in a four door luxury sedan model than the 1969 Cadillac Fleetwood Sixty Special - drive one like this particular example and you will see why - its hard to believe that this car was built over 50 years ago! These cars bristled with the latest in modern appointments and had few rivals in the luxury market and were purchased only by the very privileged elite. The all new 472/375HP V8 engine with 525 foot pounds of torque was introduced in 1968, it was the biggest and smoothest engine built by Cadillac to date and it proved unsurpassed in the industry as the largest engine ever put in a production passenger motor car and provided both sparkling acceleration, yet also quiet and effortless highway cruising, almost like having two engines! The car was also redesigned to match its modern engine with a new grille with finely spaced horizontal grille bars and distinct parking and headlamp lights. Only some 2,545 Fleetwood Sixty Special's were built in 1969 whereas 17,300 Fleetwood Brougham's were built making the 60 Special very unique.
The original 472/375HP 4 barrel V8 engine was rebuilt at 46K miles and is extremely strong and powerful and and this particular car drives absolutely magnificently - does not miss a beat and purrs like a kitten - drives straight as an arrow with no strange road wobbles, shakes or rattles - a truly remarkable daily driver that will give any modern day car a run for it's money! The transmission shifts smoothly through the gears and the car is an absolute pleasure to drive! We have a thick file of records from the car's previous long time southern California owner which will be supplied with the car. From looking at these extensive service records one can see that at no time was any expense spared on this particular car's preventive maintenance. Important mechanical repairs include a re-cored radiator, new air pump, distributor, motor mounts, water pump, belts, hoses & gaskets, wheel bearings & cylinders, new rear brake shoes, new front brake pads, new lower control arm bushings, new Michelin tires, new brake master cylinder, new fuel pump, new voltage regulator, etc.
The floor boards, trunk and all the typical rust-prone areas are completely original, solid and rust-free and the car has no signs of any accidents. The car has been repainted once in its original 'Sable Black' color and boasts its seemingly all original matching 'Black Dansel Cloth with embroidered inserts' interior and carpeting with its matching headliner and all of which are still in quite exceptional condition throughout. The car boasts its original spare wheel and jack in the truck!
This is a rare opportunity to own a great daily driving example of a mostly completely all original 1969 Cadillac Fleetwood Sixty Special showing pride of ownership and in great driving and looking condition! 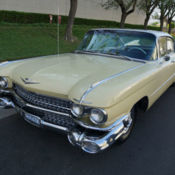 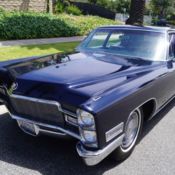 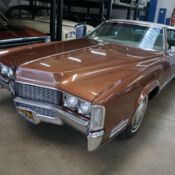 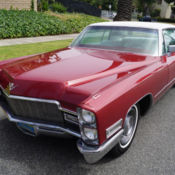 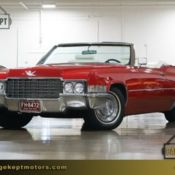 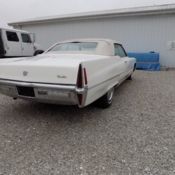 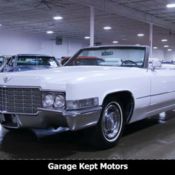 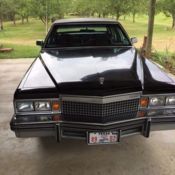 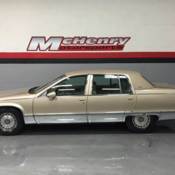 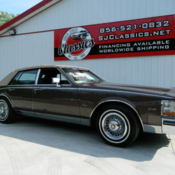