1987 Buick Regal Turbo T WE4. This Buick is 1 of 1547 WE4 lightweight turbo Regals produced in 1987. It has had 1 repaint and is in excellent condition. Options include power windows and locks, cruise, tilt, auto reverse cassette with EQ, air conditioning, digital dash, and the very rare power astro roof and WO2 Blackout Package As far as I can tell the car has had 2 owners and comes with 2 full binders of extensive paperwork including all the factory invoicing andoperator manuals. There's more documentation than I can possibly list here including all parts bought and installed on the car over the years. The original aluminum brake drums are included in the trunk. As far as I can tell everything on the car works well. The AC is ice cold. the windows and locks are fine.The original radio works and the power antenna works when it turns on. The digital instruments work great.The weather strippingis newand the doors are super tight and close great. The astro roof works great and has new seals as well. The seats have been recovered with GN upholstery however the original gray seat covers are included. The carpet is new. Not only is this car rare, but documentation shows that it is super rare to find one in all black. This is from Hemming Motor News 12/06:

"A grand total of 1,547 WE4 Turbo-T units left the assembly line, meaning that aside from the GNX, the Turbo-T is one of the rarest turbo Regals to leave the line. The announcement of the model came compliments of a Buick Product bulletin dated November 11, 1986; already well into the model-year production, with a production start date of December 8. Interestingly, just two days prior, a bulletin had been released stating that the WE4 would no longer be available with the WO2 black-out kit trim package.

According to Dennis Kirban's book, Kirban's Guide to 1986 & 1987 Buick Turbo Regals, "They (Buick) did this so it would not be confusing having two Turbo Regals available at the same time in black." He goes on to explain, "The only difference between the new WE4 version and the black one with the WO2 exterior sport package would be the old WE4 version would have matching black bumpers. The new one would have chrome bumpers." Just how many truly black WE4s Buick made before the change is not known, but it's a good bet that not too many of these were built. "

This is a great documented car in wonderful shape. No evidence of ever being rusted or hit, trunk sticker shows all options including WE4 and WO2 and CF5 Silver Astro Roof. With GNX prices skyrocketing, here's a chance to own a really rare and beautiful Turbo Buick with documentation at a great price. Contact Paul for any further info 772 341 5396 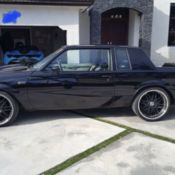 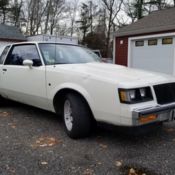 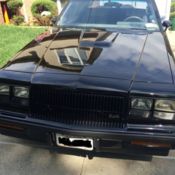 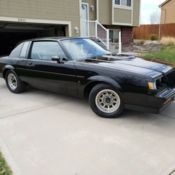 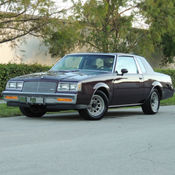 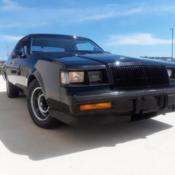 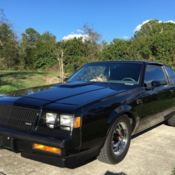 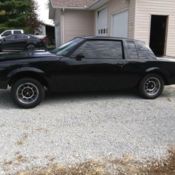 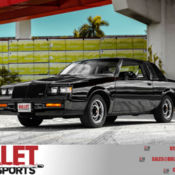 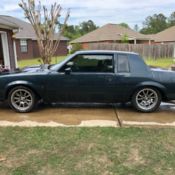