About 4000 of these cute cars were built in England over a four year period ending in 1953, it is not known how many were imported into the US market. Most were right hand drive. The Aluminum body, doors and trunk lid were built by Jensen, the deck lid is steel, and the frame or undercarriage is steel. It has a 4 cylinder engine, I think a 1200cc with dual SU carburetors. The body numbers appear in the glove box and on the frame rail in the engine compartment right side, and yes they match. Engine number is correct original engine.

The car is a true barn find in Newport Beach Calif. There is an old Balboa Bay Club decal on the windscreen dated 1989. The original color is believed to be green, the red color is a respray. The car has been made to run, drive and stop. The interior is serviceable, the car is 98% complete, I am sure something is missing that I don’t know about. The top bows are there but the top is tattered and is in the trunk it could be used as a pattern. There is a tonneau cover in the trunk as well, it has some rips and would be useful for a pattern. Both the top and tonneau cover have the snaps that can be reused. The gauges appear to work except for the temp gauge. The trafficators work and light up, the horn works, headlights high and low beam work, stop lights work. New 12v battery. The car is currently insured and registered in Calif.

There is a spare wheel, no tire, also included is the original hand crank, lug wrench and a toolbox that has Witworth wrenches in it. This is a rolling, driving project car and can be driven to car shows in its present state, it has popped out of 3rd gear a few times. There is surface rust on the frame and some minor pinholes in the pan. Questions call 949 547-0404. The car is stored in Laguna Hills Calif. And can be seen there. Not in a hurry to get to the shows or market then this is the car for you. Want a car that gets more looks at a car show and makes people smile, then what are you waiting for buy it, you might just have the only one in your town, city or state. 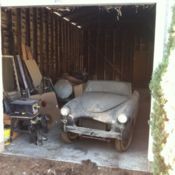 1951 Austin A40 Sports Convertible Aluminum body by Jensen no reserve 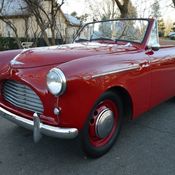 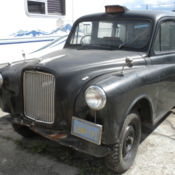 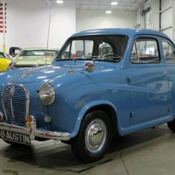 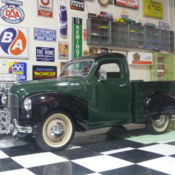 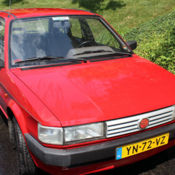 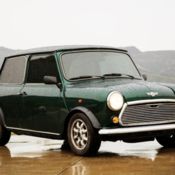 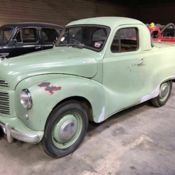 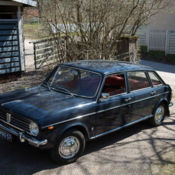 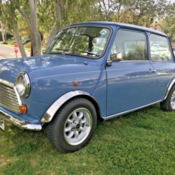