1974 Porsche 914 TargaSame Owner for the past seven yearsLimited production Porsche 914 2.0L model made in 1974Rebuilt Pro-Tec 2.0L OHV flat four-cylinder engine with dual carburetorsProducing 120 HP at the rear wheel and 160HP at the flywheelFive-speed manual transmissionRack-and-pinion steering, fully independent suspension and four-wheel disc brakesFactory correct Alaska Blue Metallic exterior (code L96B)Factory, black targa roof and black interiorFuchs wheels and VDO gaugesDocumentation includes the spiralbound ownerâ€™s manual and maintenance record, copies of title and and starting instructionsLooking for a classic Porsche that is not a 911 or a 912? Move up two numbers and check out this 914 2.0L at MotoeXotica Classic Cars. Porsche 914s were a product of a joint venture between Porsche and Volkswagen.The previous owner stated that the engine was rebuilt by Porsche specialist Protech Motorsports in Greer, South Carolina. He provided a dyno sheet from 9/03/2019 with the 914 producing 120 HP at the rear wheel and 160HP at the flywheel! This Porsche 914 2.0 really moves!Dressed in its factory correct Alaska Blue Metallic (code L96B) with black trim and a factory targa roof, this example was made in May 1974 and is one of only 5,597 2.0L 914s made in Stuttgart, West Germany. The paint and trim are in overall great condition, with a straight body and a tidy engine bay behind the driver and passenger seats. The battery appears newer while the black, factory targa rood and black bumpers with matching bumper guards, are also in very good order.There are BFGoodrich Competition T/A radials at every corner, size 205/60R15. Each tire is mounted to a silver, four-bolt Fuchs alloy wheel. The tires and wheels are all in very good condition.Under the hood is a rebuilt Pro-Tec 2.0L OHV flat four-cylinder engine, with dual carburetors. Backing this motor is a five-speed manual transmission. Driver convenience features include rack-and-pinion steering, fully independent suspension and four-wheel disc brakes.Inside, the black vinyl bucket seats are in very good shape and look new. The contrasting blue carpet is in good shape while the black, four-spoke steering wheel is in very good shape. The black inner door panels look great while the instrument panel and center console, replete with a full array of VDO gauges is in satisfactory shape. A floor-mounted shifter and a Blaupunkt AM/FM stereo with a cassette deck round out the interior.Porsche needed an entry-level car to replace the 912 and Volkswagen needed a sports car to replace its Karmann Ghia, so the forces were joined to build a sports car that would be an affordable Porsche and a modern Volkswagen. Given the type 914 designation, the targa-topped roadster was designed over the autumn of 1966. The design group was led by Heinrich Klie and Ferdinand Alexander Porsche. Ferdinand PiÃ«ch, as the head of development at Porsche, was also the 914-project leader. On March 1, 1968, the first 914/4 prototype was driven. The car had the flat-four engine mounted in front of the rear axle. The mid-engine layout meant the 914 could achieve higher cornering G-forces than the 911.Documentation includes the spiralbound ownerâ€™s manual and maintenance record, a binder of recent photos, copies of title and miscellaneous vehicle documents and starting instructions.Competition to this Porsche in 1974 included Datsunâ€™s 240Z, Fiatâ€™s X1/9 and Opelâ€™s GT.Porsche fans, German car fans and those simply wanting a simple runabout, you owe it to yourself to stop by MotoeXotica Classic Cars today to check out this Porsche 914.VIN: 4742918546Body#: 2049568This car is currently located at our facility in St. Louis, Missouri. Current mileage on the odometer shows 4,415 miles since the engine was rebuilt. It is sold as is, where is, on a clean and clear, mileage exempt title.GET OUT AND DRIVE!!! 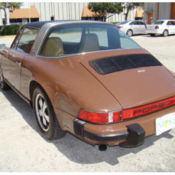 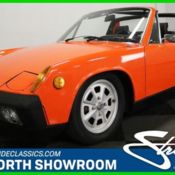 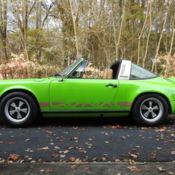 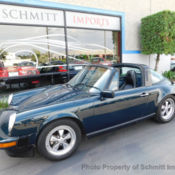 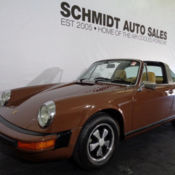 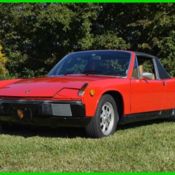 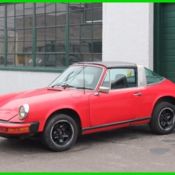 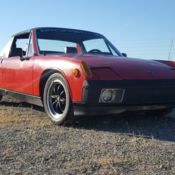 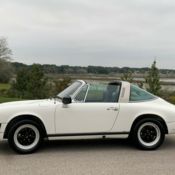 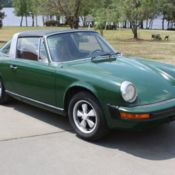