The Grand Prix was produced by Pontiac a division of the General Motors Corporation starting in 1962. It was a added to the personal luxury car and mid-size lineup. Now in its 3rd generation of styling from the beginning the Grand Prix was redesigned from 1973-1977. It was larger and heavier due partly to the federally-mandated 5mph crash bumpers. Also a big blow to all manufacturers at this time was the fuel crisis making the federal government putting power restrictions on all engines making... most cars of this time quite a bit less powerful. In fact the standard engine offered for 1977 was the 301 Cubic inch V8 producing only 135 HP. The Grand Prix offered here comes with a350. Quite a few styling changes were evident not just from the 2nd generation to the 3rd but throughout the several years leading up to 1977 as well. Some of the things that changed in 77 were the revised front grill-work a stand-up hood ornament and revised taillight lenses. The 1977 Pontiac Grand Prix offered here is in immaculate condition. It features a healthy 350 v8 paired with an automatic transmission. The car also has power locks power windows radial tuned suspension Air Conditioning AM/FM radio owner's manual spare tire and jack power steering and power brakes. The car is dressed in a stunning coat of black over a plush red cloth interior. The car shows very well for itself and is a blast to drive. 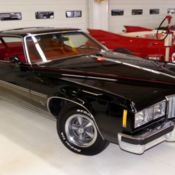 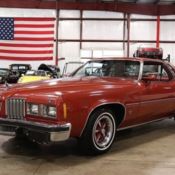 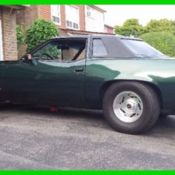 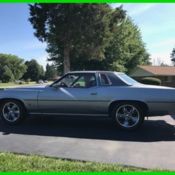 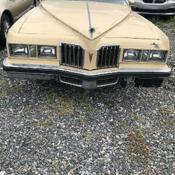 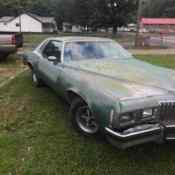 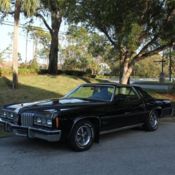 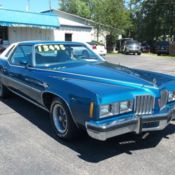 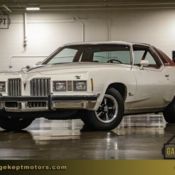 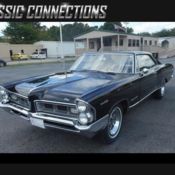