If you went looking for a clean, used Mustang in the late 1970s, something like this 1967 Ford Mustang coupe is probably what you would have found. Not a perfect car, but one that has been driven and enjoyed, with a ton of personality and a lot of fun still left in it. With a smooth-running 302, this coupe will reward you with years of great memories for not a lot of money up front.The bodywork was refinished a few years ago, and it's starting to show its age today, which happens to cars that are actually used and enjoyed (heck, it even happens to show pieces if they aren't kept at exactly the right temperature; cars aren't meant to be static). So if you're looking for a show car, this probably isn't it. However, if you're looking for a handsome coupe in great colors, here it is. For the most part, the car presents very well and the code T Candyapple Red paint work was done to a good standard, so it'll look good at the cruise night and everyone will admire it when you stop for gas. The black vinyl top is a great look that gives it a bit of formality, and it was probably replaced not too long ago, so it fits well and doesn't show any of the usual trouble signs underneath. As far as we can tell, the interior is mostly original, and that suggests a car that's been well-kept all its life. Handsome black upholstery matches the vinyl roof and adds an upscale flavor to the coupe's passenger compartment, although the carpets appear to be recent. There's a fairly complete array of gauges, although a tachometer was still an optional extra in 1967, so it didn't get installed here. On the other hand, you get factory A/C that uses a new compressor that just needs a quick shot of R134a to be back in business. This car also received both a center console and the overhead consolette, which is a neat feature you don't see very often. The only noteworthy upgrade inside is an AM/FM/cassette stereo head unit with a CD changer in the neatly finished trunk. But the number one reason people buy and love Mustangs lives under the hood: genuine American V8 power. In the case of this coupe, it's a 302 cubic inch V8 with a 4-barrel carburetor, which is an easy upgrade from the original A-code 289. Intended to look completely stock, the illusion includes proper Ford Blue paint on the engine, stock valve covers, and even a correct '289' decal on the air cleaner itself. It starts and runs very well, with the kind of torque the pulls the lightweight Mustang around with real authority. There's a C4 3-speed automatic behind the 302 driving a bulletproof 8-inch rear with what appear to be 3.00 gears, so it's a comfortable highway cruiser. Power steering and front disc brakes are great additions for driving, and you'll never get tired of the Flowmaster soundtrack, which is pure 5.0. It rolls on big, shiny Torque Thrust style wheels with 17-inch performance radials, so it's definitely going to get some attention.Handsome and fun to drive, there are far worse ways to spend a sunny afternoon than behind the wheel of this little Mustang coupe. Call today! 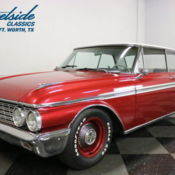 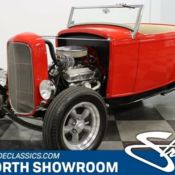 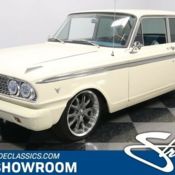 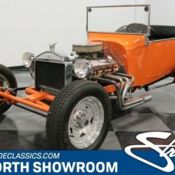 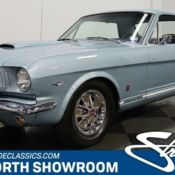 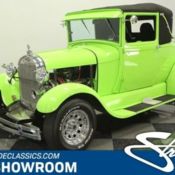 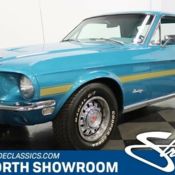 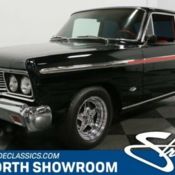 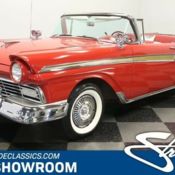