1992 AWD CHEVY ASTRO VAN
I started this project 1 1/2 years ago after spending 8 months searching the country for a low mileage,
rust free, arly body style awd Astro in the color combo that you see represented here, ot an easy task.
After locating it I had an Overland Vans 4" lift kit professionally installed at the same time I had it totally gone over, ew brake lines,new gas tank and fuel lines, ew spiders,new heater motor, ew American Racing wheels with BF Goodrich 31" AT tires.
After that work it went to the paint shop to have the silver base coat clear coat
done as the original silver had delamination problems which is common.At the same time I had them spray
chip guard below the silver and add the red pinstripe along the upper border and replace all door handles.
After that work I had a new headliner installed as the original was sagging. The rest of the interior is real nice but the drivers seat has a couple of wear type tears.
The van has 113,650 miles on it and runs great, The tires only have a couple of hundred miles on them. As you can see it has a nice visor that was on it when I got it.
Original paint in the wheel wells and the door jams are mint as the photos show. Included in the sale are
factory service, arts and electrical manuals as well as the instruction booklet from Overland Vans.
Shipping is the buyers responsibility.
This little van gets tons of looks and remarks where ever it is parked or driven. I came out of the
supermarket one time and there was a guy standing in the traffic lane staring at it as I walked up to it,
I said "cute isn't it?" his remark back was "this car is fxxxing beautiful.
Notes have also been left on it when parked, t seems to bring out lots emotion in car guys.
I have driven her in 12'' of snow and there was no stopping her it seems more sure footed then my
Ford F250 4x4 in the deep stuff. 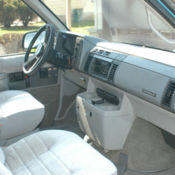 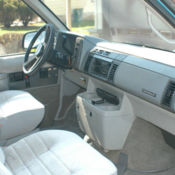 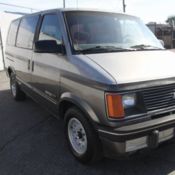 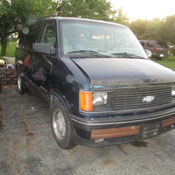 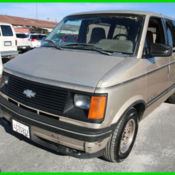 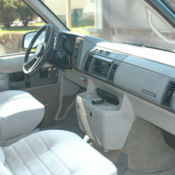 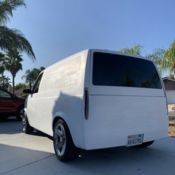 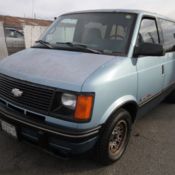 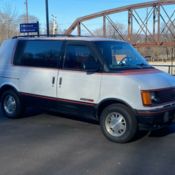 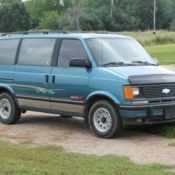