It runs, drives (see below), brakes, etc, however:
1) transmission is stuck in "D"rive. It starts and drives and 3-speed transmission shifts properly between gears (gears 1 through 3). However, there is no "P"ark, "N"eutral or "R"everse. It is suspected that something broke in the linkage from the gear shift lever to the transmission, perhaps the cable. The center console has now been removed (not shown in photos) in order to see if the cable broke at the shift lever end. The cable appears ok at that shift-lever end and is attached to it. The next step (which I can't do) is put the car on a lift and look at it from underneath to see if the cable is broken or detached where it attaches to the lever on the transmission. There is of course a possibility that it is an internal transmission problem as well, this will be unknown until the car is on a lift. Since it is unknown at this time what the final resolution will be, the center console will have to remain apart in case the cable does have to be replaced.
2) Minor oil leakage from the valve cover. Fixable with a new valve cover gasket, but it requires removal of the fuel injection intake.
3) Minor leakage of coolant fluid at the overflow tank (where the hose goes into it, the plastic attachment nipple for the hose is cracked allowing a minor amount of cooling fluid to escape). The cooling system itself works fine.
4) Needs a new rubber bellows over the power steering rack. I have the part available.
The issues above are solvable, however, will be labor intensive.
5) A couple of minor hail dings on the trunk lid and back of left rear fender from the hail storm 2 years ago, this is minor and not terribly distracting (see photos).
6) Car had a front-right fender bender back around 1999, while that was fixed, the frame is a tiny bit off, causing more tire-wear on the right front tire. This hasn't been a big issue for me, as I've had the car for 13 years.
7) Front windshield: Intact, there are a couple of minor chips in the windshield, and there is one small star-pattern crack (however, that has been on the car for over 13 years and has NOT expanded).
Note:
- Transmission had complete rebuilt about 40,000 miles ago. Fluid/filter has been changed once in the meantime.
- Newly rebuilt power steering pump (about 1 year ago) and belt.
- AC & compressor works, has slow leak, but was recharged recently.
- Many other parts replaced over the years. I can provide a spreadsheet with a list of all work done since 1999.
- Car has been in our family since new (3 different owners within the same family).
- This particular car is the 2nd highest mileage Audi 100 in the country (as far as I know...)!
- The pictures show the center console still in place. All center console parts have been disassembled to allow access to the shift lever mechanism. Audi no longer offers the shift cable, however, one is available from an Audi dismantler in New York if needed.
Due to the issue with the transmission, and while the car can in theory be driven (I can give a quick drive around my neighborhood to show that it drives, stops, steers, brakes, etc), whoever purchases the car will have to have it towed (due to safety and liability issues with there being no reverse or neutral in the transmission). At this point, since there is no "R"everse gear due to it being stuck in "D"rive, the only way to back up the car is with the engine off and pushing (or rolling) it backwards. When started, since it's stuck in "D"rive mode, it immediately wants to drive forward.
Unfortunately I don't have the time nor funds to work on this car at this time and it needs to find a good home!
For liability reasons, we will have to go the local DMV in Plano, TX during business hours to get the paperwork / title switched to your name (and you will need proof of insurance). Then you can pick up the car via a flat-bed or regular tow vehicle (I do NOT recommend that you drive the car). 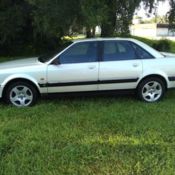 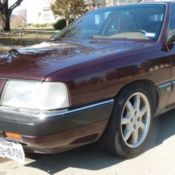 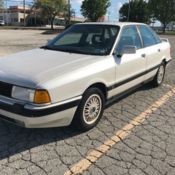 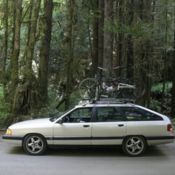 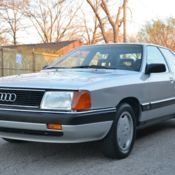 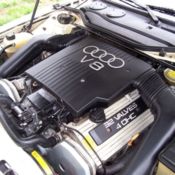 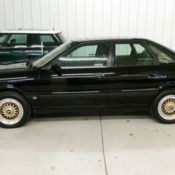 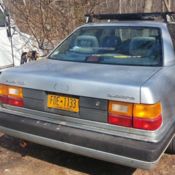 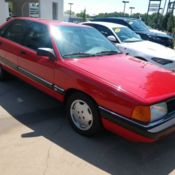 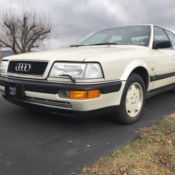