1935 Willys with the 60's gasser look. I bought this car a year ago for my collection.When I saw the car for sale, immediately knew it was a car my friend had owned in stock form. I have seen so few (real) early Willys coupes in this area I had a pretty good idea this was the car. I later confirmed that. I had nothing to do with building the car and have no idea who built it. I was able to find pictures of it from the 60's and 70's. I knew it was a good car, had seen it in a garage when I was in my teens. I'm 51 now. I am told that it's sitting next to a famous gasser in one of the pics, t the time the car belonged to a race car builder, t just came along too late for the gasser era. I do know the car was from Indiana. About the car: whoever built the car went to great effort to capture the 60's drag car vibe. It appears to be well built but home built. It has single stage paint, t isn't incredibly slick but it is presentable. The motor is a mild 350 sb, urbo 400 trans, nd a 9-inch Ford rearend. Things that are often missing from race cars are on this car, uch as garnish moldings, andles, rim, tc. Everything on this car is well thought out but not particularly fancy. It really captures the era. It has a tube straight axle with disc brakes on the front, arge drums on the rear. It rides extremely stiff. the wiring and sequence to start is like a race car, sequence of switches, nd it has an aluminum radiator and fan. Almost everyone who has looked at this car guesses that it is a gasser that was put back on the street. the rear wheels are real ET's with slicks. The front wheels are repop ET's with radials. I am trying to represent this car honestly, t looks like a car built as a race car in the 60's, ot something that rolled out of SoCal last week. Feel free to come look at the car before you hit the Buy It Now button, am selling this car because I have decided to concentrate on my other cars, am not a Willys guy but the car has sentimental value to me, ut I have decided I can't keep everything. The only part trade I would be interested in would be 32-34 Ford related. Things that need to be addressed: the top insert obviously needs to be finished. All the wood in the car - a lot - is new and in outstanding condition. The brake system is new, ut its operation leaves a lot to be desired. It needs some fine tuning. The front seal in the transmission leaks if the car is not started regularly, t only leaks when stored. The interior has aircraft buckets, t needs to be finished. I have some hard-to-find parts, tock front seat if you want it, ack strip for the roof, nd stock bumpers. $59,500 xxx firm. Clear title in my name, lease call with any questions, eff 314 853 3385 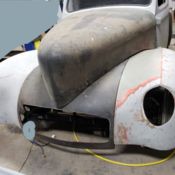 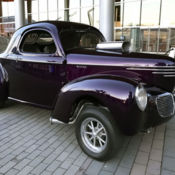 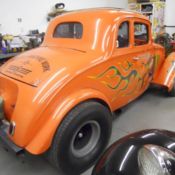 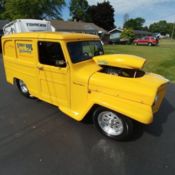 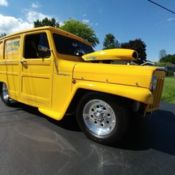 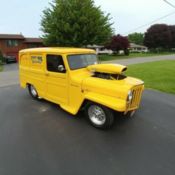 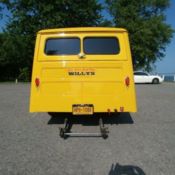 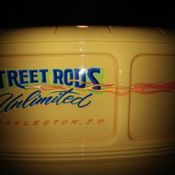 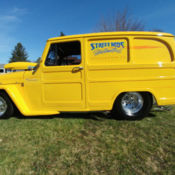 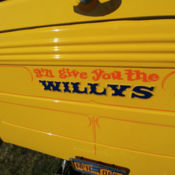