I purchased the carin February 2014. At the time it already had new floors, new front disk brakes with 2.5â€ lowering spindles, and some other new parts. It needed some rust repair including the rear luggage compartment. The engine was supposed to be good but that turned out to be false. We tore the car completely apart except for the suspension. I kept it as a roller. All the work was done by me at my home shop. I replaced the interior including a new headliner, door panels, all new body rubber, and carpets. The seats were good. The paint is Nason single stage.I did all the bodywork and rust has all been repaired. Since the car had a steel dash with no pad this lead me to believe it was probably imported from Germany by a military person. It also has swing axle rear suspension, not IRS. Since that was the case, I decided to give it a more vintage look. I went with the smaller turn signals and tail lights. I also installed the older style steel bumpers. The front bumper is brand new and the rear is nice with a few blemishes on the overrider. I also installed the amber fog lights at this time. It gets mistaken for a â€™67 all the time. I even made false horn grilles, they are put on with 3M moulding tape. I like this look better and its all reversible. I also went with the pop out rear quarter windows.The tires are also new. There is no spare. I recently cleaned the underside and redid the undercoating with 3M 08881 product. The running boards are new.

I built the first engine without knowing a whole bunch about beetle engines and from spare parts I had laying around the shop. It lasted a while, actually. When it went out in November of 2017, I rebuilt a new 1600 dual port and replaced everything. I also had a top VW mechanic assisting and teaching me this time. I replaced everything from the heads down. It has a Weber DGV carburetor on it and runs great. Id guess there are about 1500 miles on it since the rebuild. The flywheel and clutch were also replaced.

The things it still needs are minor. The door vent widows need latches. The speedometer is not working (I may have this fixed by sale time). There is a small rust spot on the rear left but hasnâ€™t gotten any bigger, The car stays indoors. There is some bodywork cracking on the left front fender, I closed the trunk on something and made two small outward dents there. Over all the car is very nice and solid.Itâ€™s loved by many and a hit everywhere we go.

It really is a beautiful car over all and a fun project. The VW Beetle is literally the most affordable classic car to own and maintain and has a huge following. Parts are all available and affordable. You wonâ€™t be disappointed. Thanks for looking.

Seller's Notes The paint is not the original color and all the exterior trim is from the earlier 1967 year model. ExteriorInteriorEngineDeposits are nonrefundable.Created on the eBay Motors app 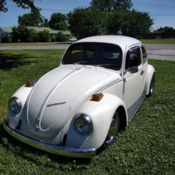 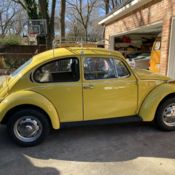 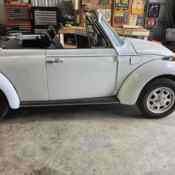 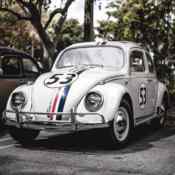 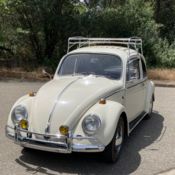 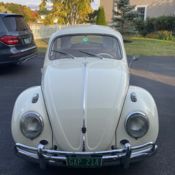 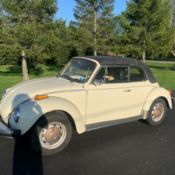