Volkswagen fans who wanted more space than the Beetle offered but did not require the cavernous room of the Transporter chose one of the three Type 3 models, the Fastback, the Notchback (sedan) or the Squareback (wagon). This rarely seen VW hails out of the arid state of Nevada!

MotoeXotica Classic Cars is pleased to present this 1971 Squareback, finished in new and factory correct Shantung Gold (code L12D). It was made in September 1970 at VW's Wolfsburg, West Germany factory. The paint and trim are in overall very good order. The headlights and windshield all have visors plus a vintage Thule roof rack and a Dana surfboard. The rear window is complete with a defroster grid. The wagon's bodywork is straight and solid; the body has been lowered as well. The chrome bumpers with bumper guards are in very good condition. A pair of foglights perch above the front bumper.

This Squareback rolls on Federal radials, size 165/60R15 at each corner. Each one is mounted on body-colored, slotted wheels with chrome center caps. The tires are in good, original condition while the wheels are in very good order.

In back, under the cargo floor is a 1.6L flat, air-cooled four-cylinder engine with factory fuel injection and new electronics. The motor is linked a four-speed manual transmission. This VW also has factory front disc brakes. The Type 3 was the first Volkswagen front suspension to incorporate transverse round torsion bars.

Inside, the high-back, black vinyl seats are in very good order, its matching carpet is new, while the headliner is in good, original order but the dash has some cracks. The two-spoke steering wheel, instrument panel and inner door liners area all in good, original order but the horn, wipers and odometer are inoperable. A Pioneer AM/FM stereo with CD player and a custom speaker under the dash rounds out the interior.

The Type 3 diversified Volkswagen's product range beyond the existing models - the Type 1 Beetle, Type 14 Karmann Ghia, Type 2 (Bus) - while retaining several of the Beetle's key engineering principles, notably the air-cooled rear-engine, rear-wheel drive layout and all-round torsion bar suspension on the same 94.5-inch wheelbase. The concept of the type 3 was to let it be more of a family car than the Beetle, offering more passenger and luggage space and a larger engine.

The model received a facelift in 1970, when a 4.5-inch nose-lengthening, added 1.5 cubic feet to the luggage capacity. At the same time, it got new big square-section bumpers and much larger tail lamps and front indicators.

This Squareback is dressed for the beach and ready to help its driver catch some tasty waves. If you're interested in classic Volkswagens or if you have a thing for wagons or estates, this Squareback would make an eclectic addition to anyone's collection. Stop by today to check it out for yourself!

This car is currently located at our facility in St. Louis, Missouri. Current mileage on the odometer shows 497 miles. It is sold as is, where is, on a clean and clear, mileage exempt Nevada title. GET OUT AND DRIVE!!!

Or copy & paste link below into your browser:https://youtu.be/wIKaq8L-2J0 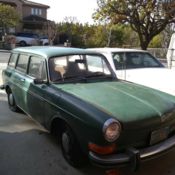 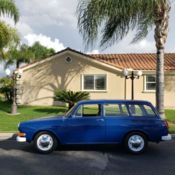 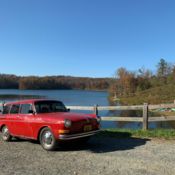 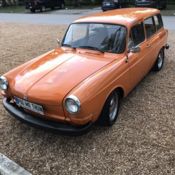 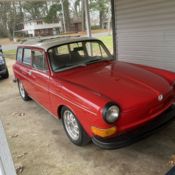 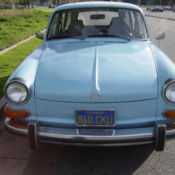 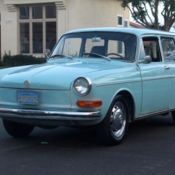 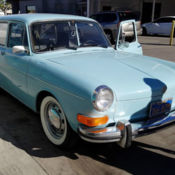 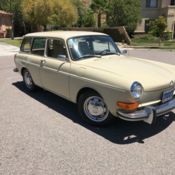 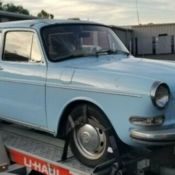