Volkswagen Riviera Pop Top Bus, 1978Blue with White Trim
Air cooled 2.1 liter engine (biggest for these buses, I was told)
Serious inquiries: 949-394-3211
We are happy to assist with shipping.
Description:
We purchased this vehicle on eBay in 2014. I believe wepurchased it from a second owner. We picked-up the bus in Oregon and drove it down to California. Based on the records of the original build (see picture) this was converted in California and was originally aCalifornia vehicle before it moved up to Oregon and then for the last 4 years back down to California.
Promptly upon pulling into the drivewayafter our 5 day journey from Oregon the engine died. I had the vehicle towed to my fathers classic Porche mechanic, where over the next 30 - 45 days the german born mechanic completely rebuilt the engine with all new parts. $4,500 later the bus runs strong and has no problem passing smog etc. We've since put around 3000 miles on that new engine, so it still has more than 90% of it's useful life left.
I had grand plans to build out the bus even more than it already is... alas, 3 kids have squashed those dreams. As it is, the bus is built outwith the riviera pop top (all original to the build), a stove (we've never used it), a fridge (doesn't work to my knowledge, didn't ever try it), a table, a bench seat that flops down and a pad over the engine compartment that makes that space like a queen bed. Over the roof, under the pop top, is a thick padded, upholstered bed pad that is comfortable for two and in good shape overall.
The undercarriage was rhino-blasted by the previous owner. it looks good, doesn't seem like there are any issues with the undercarriage. When the mechanic had the vehicle on the lift Iinspected it and couldn't find any issues.
Here are the things that I would work on with this bus:
I would replace the following parts:
1. Dashboard - it's functioning but was partially melted at some point prior to our purchase. Used dashes are ~$500, you may be able to get one out of Europe new... but, I can't recall how that worked out
2. Left and Right rearview mirrors - $30
3. Window Rubbers - The rubbers around the windows are decent/good, the previous owner painted the vehicle and there is overspray on some of the rubbers. The brazilian rubbers are pretty affordable.
Rehab work i'd recommend includes:
1. Upholster some of the inside trim2. Rust spots under the front window trim (apparently this is a common problem for these buses)3. Rust spot and crack on both driver and passenger door. (these spots are on the same spot on both doors, so again, I'm assuming this is a common problem for these vehicles)4. Paint/freshen the wood work inside. As is it's in good structural shape.
I had the rust spots looked at by two local volkswagen bus restorers. They both quoted inthevicinity of $2,000.
Mechanical:
As mentioned everything is in good working order... I take it in every 6 months to 12 months to get a "tune up" other than that, I have no worries with taking myfamily to the beach or camping in this bus.
The 2.1 engine is the largest that came with these buses. We have no problem accelerating down the freeway ~75 MPH and if you wanted to push it, you could.
This vehicle was California smog checked in September, 2017.
Overall:
This bus looks good. Drives well. and is ready to go. 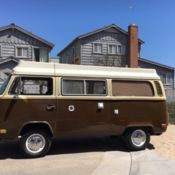 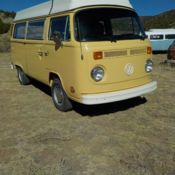 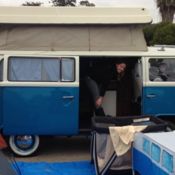 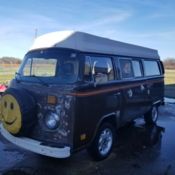 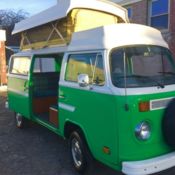 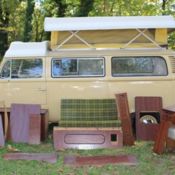 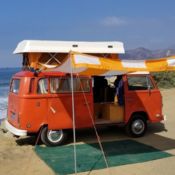 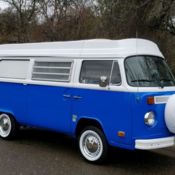 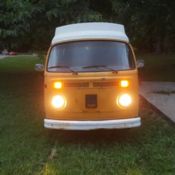 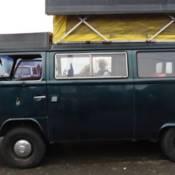