This is a 1981 ( build date 10/80) Volkswagen Rabbit Pickup (Caddy). It has the 1.5 Diesel Engine with a 4 speed manual tranny. Mileage is unknown as the odometer does not work. The odometer stopped at just over 279K. So assume that the mileage is in excess of 300K. The previous owner had the engine replaced but I did not get any info on when this took place but I do believe the engine has been replaced at some time. The previous owner was over 80 and had owned this truck since 1998. I bought the truck last year (2016) with the ideal of doing a turbo diesel conversion on it but have moved on to a Jeep project instead. I never plated the vehicle and only drove it around the neighborhood and to the car wash a couple of time, however I did take it on a test drive today and drove it several miles in the country. . It drove fine. When one first starts the vehicle cold, white smoke comes out of the exhaust but after a couple of minutes running it stops. The transmission shifts fine. The radio which is an old Pioneer cassette appears not to work. The truck has been repainted at least once. The original color looked to have been what I would call a Robin egg blue. The body is in good condition but does have some minor bubbling up on the metal around the rear wheel openings. The inner panel behind the right rear wheel is rusted out. I placed a new battery in the truck last week. The previous owner replaced the fuel injector pump with a new reman unit. The wheels appear to be the OE optional alloy wheels. The tire tread is 50%. The steering wheel appears to be an optional OE unit as well. This would be a nice little truck to just drive, or restore to mint condition. It would also be a good starting point for a later turbo diesel engines that are now being swapped into these little trucks. Please review the photos and ask question, I will do my best to answer. This vehicle is 36 years old so no warranties or guarantees. Vehicle is being sold as it where is. 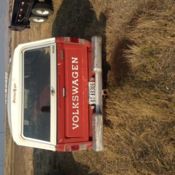 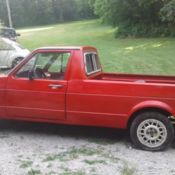 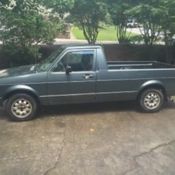 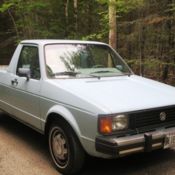 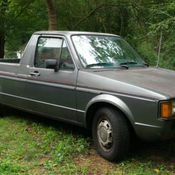 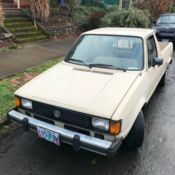 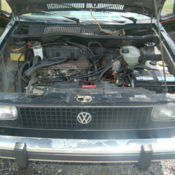 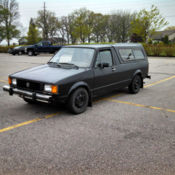 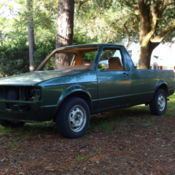 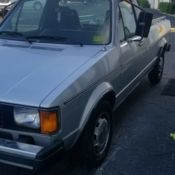