Where do I start? Frame-off rebuild. New stuff; All rubber Gaskets (all glass. doors. deck lid. hood. body-to-frame) Complete carpet cabin and under hood. seats re-padded and covered with marine-grade vinyl in 2 colors (gray and Peach) Kenwood CD player with 2 Pioneer 6x9 in rear deck. 2 Pyle 6x9 under hood (separate amp for these. ) 2 15'' Kicker subs behind rear seat mounted in custom box. Rear amp is a pyle. This car thumps. Inside LED's. also turn signals are LED. Headlights were converted to accept bulbs. Tires are Firestone 560 Radials from Coker Tire and have less than 1000 miles on them. The engine was replaced about 2000 miles ago. 600cc with the tin-ware painted to match the car. Chrome 90 amp Altanator was installed in January for the bigger stereo. Serpintine belt with extra belt included. Firewall and sides have chrome covers. The color is called "Ginger Peach" it will change hues in the sunlight. The rag-top was replaced in 2012 and is in great shape. It has a roof rack (fully restored as well) Front Disc brakes with 2 1/2'' drop rear drums were turned in 2012 and new shoes fitted. Fuel tank replaced in 2012 as well as fuel lines. It has a 1961 Alabama licence plate which will go with the car. The bad; there are a few scratches here and there but hardly noticeable. No heat exchangers. after-market Euroblade BumpersReady to sell so I can get started on the next project. The car is on display at Magic City VW located in Fultondale. Al. A real head turner. you'll bring home the awards at the car shows. 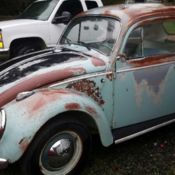 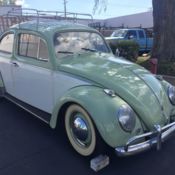 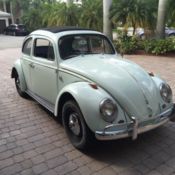 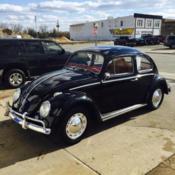 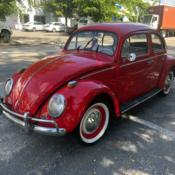 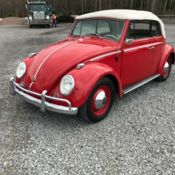 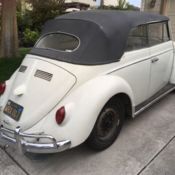 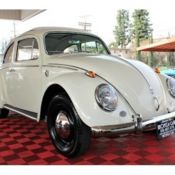 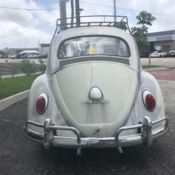 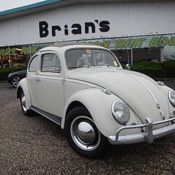