Original low mileage 1984 Volkswagen Rabbit Convertible in good condition for the age. Was built in Germany and has a GTI 1.8L factory drivetrain. Car runs and drives well, and the 5 speed transmission shifts smoothly in all gears. I believe I am the 4th owner, and comes withreceipts and paperwork dating back to 1988 or so and the original owners card from the dealer.
I have owned it for a few years and now it is time to find it a new home. Has 89k original miles on it (had 85k when I purchased it). Was bought new at Colonial Motors in Hudson New York and spent the first few years of its life in the New York City area. Not a cabriolet but an authentic rabbit convertible which are getting very rare. Has the originaltarantulaalloy wheels and the only thing that does not appear to be factory original is the radio.
Car is a factory montego black paint car, but looks brown in the light (its titled color is brown). Appears to have original paint that has probably been touched up in some areas. Has quick disconnect on the battery for winter storage purposes (if the car sits for a long period of time without being started the battery loses a charge). Car has some parking lot dents from age use and storage over the years. Does not appear to have any body rot, solid underneath and solid strut towers. Has some surface rust on the battery tray which is common on these cars. Has some small dents on the passenger door and one on the passenger rear quarter right behind the door. Hood also has some waves and small dents, and it is missing one piece of fender trim as seen in the photos, and there is a garage tap dent on the passenger fender front by where the bumper end is. The car is not perfect but it is an un-restored survivor.
Top does not have any rips or tears, and the car includes the original black top boot. Has factory air conditioning that does not appear to work and probably needs a recharge. Gas gauge appears to work but unsure how accurate it is. I would just fill the car and fill it every 200 miles or so.
Has had a lot of work done over the past few years including quite a few new parts. The previous owner had the rear seat centers reupholstered and is not exactly the same as the front seats but still blends well as seen in the photos. Has a brand new tectonics cat back 2 inch exhaust system, new right side engine mount, transmission mount, shift bushings, 4 new tires, in tank fuel pump and main underneath fuel pump, complete fluid change (antifreeze, oil, brake fluid, etc), timing belt, injector seals, cv boot, and all service performed by a factory trained technician. Car has a clear title. Could be driven as is as a survivor or restored to perfect. Sold as is, please see photos
$500 non refundable deposit due within 24 hours of auction close
The car is for sale locally and seller reserves the right to end the auction early if sold 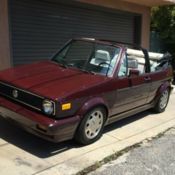 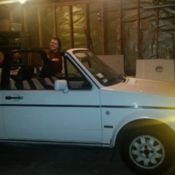 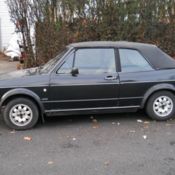 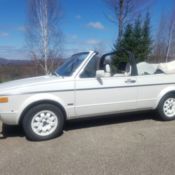 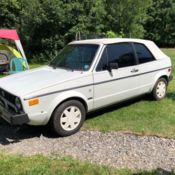 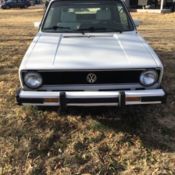 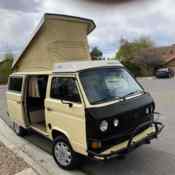 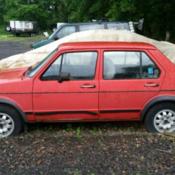 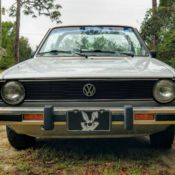 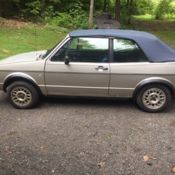