Offered for your consideration is this vintage VW Manx Style Dune Buggy.It is a “Bush Buggy” by Virgil, ade in California in the early 1970’s (an astute enthusiast gave me this information). Another enthusiast pointed out it is a "Corsair" buggy. Since I'm not a collector or expert, 'll leave it to the buyer to determine. It sits on a 1959 pan and was constructed in 1980.As I decided to make it street legal, he state of Arizona reclassified its’ Vehicle Identification Number as a 2015 Special Construction vehicle. I purchased it in October 2014.

I purchased it from a seller in Lake Havasu City, rizona who spends part of the year in Idaho. The vehicle was located in Idaho but moved to Arizona in 2013-2014. Suffice it to say I was lied to when I viewed the buggy in person.Long story…point being I want you the buyer to know I’m sharing everything about this vehicle with you UP FRONT!It ran for the short test drive I took but I’m sure the seller was crossing his fingers behind his back. I had to have one tire changed out while there due to the tire tread separating.The other front tire barely held until I got the vehicle back to Phoenix.At this point I decided to have all the tires checked immediately. I changed out one front with a “new” tire (5-7 year old) the seller had given to me and purchased two brand new tires to replace the rear tires.So the front tires are 5-7 years old but “new” so to speak.The rear tires are brand new purchased in 2015.

At the point of getting the vehicle home to Phoenix I could not get the vehicle to start by any method. I took it to the mechanic for him to go over from front to back, op to bottom.The mechanic told me how bad in shape the vehicle was from a mechanical standpoint.The previous owners did not know what they were doing and they put cheap, ll-fitting, haved parts on the engine and otherwise…a clusterf*#@ if there ever was one he said.In order to make it run and not be stranded somewhere and street legal the vehicle would need some work….a lot of work!!Since I’m not a mechanic in any way I will list the repairs I had done on the vehicle for your satisfaction. THIS IS WHERE THE VALUE IN THIS PURCHASE COMES IN...ALL THE INTERNAL WORK HAS BEEN COMPLETED! NOT AN INEXPENSIVE PROSPECT AND MOST OWNERS FOCUS ON THE COSMETIC AND THEIR BUGGIES RUN TERRIBLY! In short the major systems including the brakes, lectrical and engine were REBUILT FROM GROUND UP to get the vehicle running and ready for its street legal inspection.It is now STREET LEGAL ACCORDING TO THE STATE OF ARIZONA.I have the inspection paperwork.I’m also going to offer a conversation with my mechanic upon request to satisfy your questions.He is not just a mechanic but one who works on Volkswagen vehicles of all dates and types every day for many, any years.

She ran great after the work I had done, eets AZ emissions, nd is street legal.The paint color is Dodge Viper blue (seller told me). Mileage unknown. Has FM stereo/cassette that works, peakers are in good shape, oll bar, ow bar, arpet, ack seat cushions, he gas gauge does not work because there is no float in the tank and nothing to hook it up to, t had mud flaps but they have been removed-Idaho required mud flaps.

Here’s my challenge.I barely put any miles on her and she hasn’t been out of my neighborhood.Why you ask?Well driving a dune buggy just doesn’t fit my lifestyle.I thought it would but after many months of her sitting idle, ’ve decided it’s finally time to separate and move on.I’m not looking to make a profit.I’m just looking to recover my costs…and not the incidental costs but the major repairs and the buggy itself.I’ll consider any reasonable offers.However this is not a giveaway!I’m not auctioning it off to the highest bidder with a reserve price but asking for a price that covers the costs I have put into her.I’ll do a ‘Best Offer’ and I know what my bottom line is.This was an expensive endeavor but during the process I made it clear to the mechanic that I wanted repairs to be completed so that when I rode around I wouldn’t be stranded and walking home or calling for help.Know that you are getting value for the price as this isn’t a blind purchase as many of these older vehicles could be.I’ve laid it out and been upfront.

For those local folks who want to see her, ’d be happy to make an appointment with you.I can also provide receipts to show the work that went into her.I’m offering it both locally and on Ebay so I reserve the right to end the listing early. 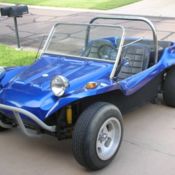 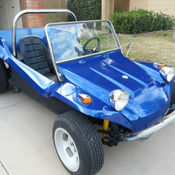 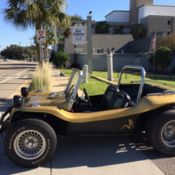 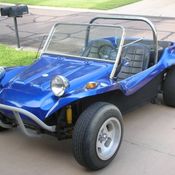 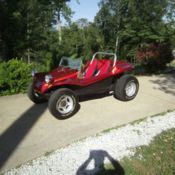 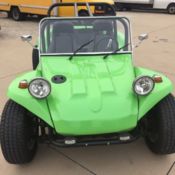 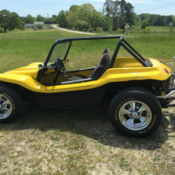 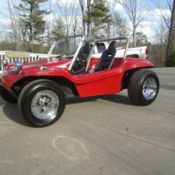 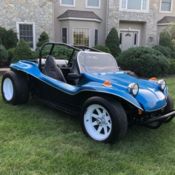 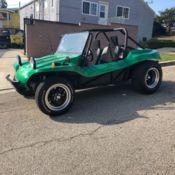