1972 Triumph TR6 Same owner for past 21 years! 2.5L inline six-cylinder engine Four-speed manual transmission with overdrive Pimento Red exterior (code 72) with black, folding top and black interior (code 11) Factory correct wheels with red line tires Half- and full tonneau covers included Documentation includes service records from 1981 to 2000Spritely, sporty and spunky; all of these adjectives describe the Triumph TR6. Are you looking for your next classic British roadster? MotoeXotica Classic Cars is pleased to offer this 1972 TR6 Roadster. This overall original TR6 comes from the Maple Valley Washington area and has had the same loving owner for the past 21 years, since 1998!This example was made in Coventry, England in December 1971 and is dressed in Pimento Red (code 72). The paint and trim are in very good condition overall while the glass and lights are all in good, original shape.The droptop's bodywork is straight, the engine bay is very tidy, the chrome, bladed bumpers look great and the battery appears in very good order.This TR6 rolls on Coker Classic redline radials, each one wrapped around a factory correct alloy wheel. The tires are in very good shape while the wheels exhibit a good, original appearance.Under the bonnet is the motor that powered all TR6s from the factory, a 2.5L inline six-cylinder motor, backed by a four-speed manual transmission with overdrive.Inside, the car's black interior (code 11) is mostly in good, original condition - the bucket seats, the black carpet, the door panels and dashboard and the shifter. A great-looking, three-spoke LeCarra steering wheel replaces the stock unit. Completing the interior is an Alpine AM/FM stereo with CD player. Car comes with two tonneau covers, half and full.All TR6s were powered by Triumph's2.5-liter straight six-cylinder, with the sameLucasmechanicalfuel-injectionas theTR5for the United Kingdom and global markets, andcarburetedfor the United States, as had been the US-onlyTR250.The TR6 featured a four-speedmanual transmission. An optional electrically switchedoverdriveoperated on second, third, and fourth gears on early models and third and fourth on later ones. Construction was traditionalframe. Other features included semi-trailing armindependent rear suspension, rack and pinion steering, 15-inch wheels and tires, pile carpet on floors and trunk/boot, bucket seats, and full instrumentation.Brakes werediscsat the front anddrumsat the rear. A factory steelhardtopwas optional, requiring two people to deploy. The dashboard was walnut veneer. Other factory options included front and rear anti-roll bars and a limited-slip differential.The TR6 was Triumph's first foray into substantial sales figures (around 92K over a nine-year span). It boasted muscular styling. Other changes included a flatter hood, additional front overhang, wider blackout grill with horizontal bars and center insignia a chopped-off, Kamm-type tail and repositioning the headlamps all the out on the fenders, reportedly as a result of a consultancy contract involving Karmann.Competition to this Triumph in 1972 included Alfa Romeo's Spider 2000 Veloce, Chevrolet's Corvette Convertible and MG's MGB Roadster. Documentation includes service records from 1981 to 2000.VIN: CC77939This car is currently located at our facility in St. Louis, Missouri. Current mileage on the odometer shows 44,247 miles. It is sold as is, where is, on a clean and clear, mileage exempt title. GET OUT AND DRIVE!!!Note: Please see full terms and conditions listed below that pertain to the purchase of any said vehicle, thank you. 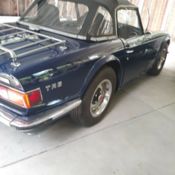 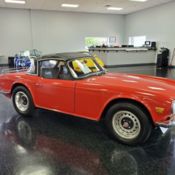 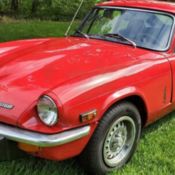 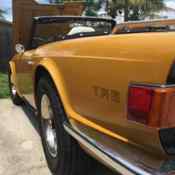 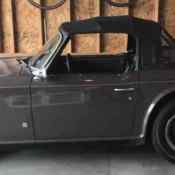 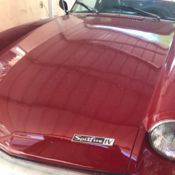 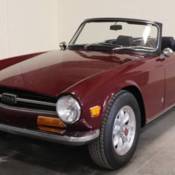 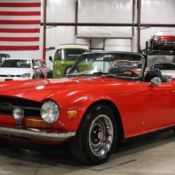 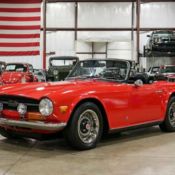 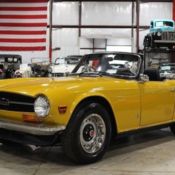