The TR was introduced in 1969 and it ranks among one of the most popular British cars for modern everyday transport. Over 90,000 were produced until they were discontinued in 1976.

This car was repainted in its original color or Mallard Blue with a brown interior and a tan soft-top. It is powered by the inline 6-cylinder mated a 4-speed manual transmission. The tires are Coker Redline Radials 185 R-15 with 8/32 of tread left. It has an aftermarket JVC AM/FM Cassette player. It has front disc brakes and rear drums. A wonderful driving example that has some minor and easily fixable flaws. The driver's door is misaligned due to broken door hinge. This TR6 runs and drives exceptionally well and is ready to be enjoyed by another enthusiast. 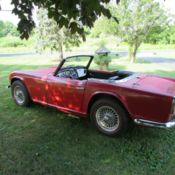 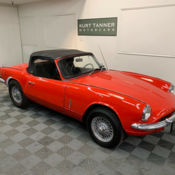 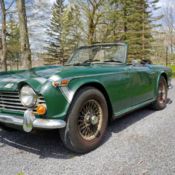 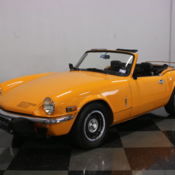 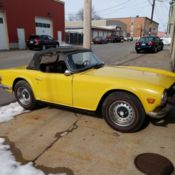 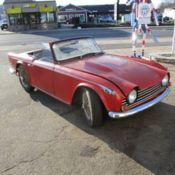 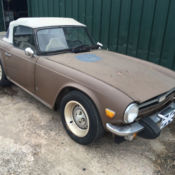 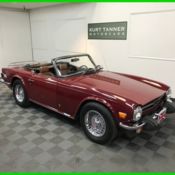 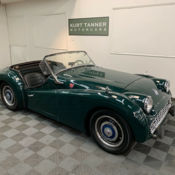 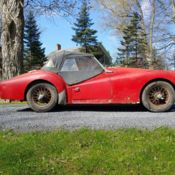